In what should come as no surprise to anyone who is a) watching Brandon’s disastrous policies come into effect and, somehow, be even worse than expected and b) not insane, support for President Brandon the Incompetent is ticking ever lower.

In fact, according to a recent poll, his rock-bottom level of support is getting close to as low as Kamala’s was when she had the lowest approval for any VP ever, including after Cheney shot a guy.

Biden job approval in new Quinnipiac poll is 33% among adults – and just 25% with Indies. Among registered voters it is 35%. https://t.co/S1bgoV2WSS pic.twitter.com/BLDjBFax8g

According to the linked Quinnipiac poll, Brandon just got a disastrously low 33% approval rating among American adults, though the result for registered voters is a tad higher. In the poll’s words:

Among Democrats in today’s poll, 75 percent approve, 14 percent disapprove and 11 percent did not offer an opinion.

Among Democrats in November’s poll, 87 percent approved, 7 percent disapproved and 6 percent did not offer an opinion.

Among registered voters in today’s poll, Biden receives a negative 35 – 54 percent job approval rating with 11 percent not offering an opinion

As the poll notes, that 33% number represents yet another monthly drop, with Brandon’s approval going from 36% in November to 33% in December. When only registered are taken into account, his approval went from 38% to 35%.

When Brandon’s disastrously bad policies are examined, it’s not particularly hard to see why Americans are giving less and less favorable responses about him to interviewers. As Quinnipiac reports on how voters see Brandon’s handling of certain issues:

Among adults, Americans give negative scores on the following three issues when asked about Biden’s handling of…

With each of those issues, it’s far from difficult to imagine why people think Brandon is doing a bad job.

On the economy, inflation is running rampant, Americans are staying out of work, supply chain snarls mean products, already more expensive, aren’t being delivered on time and goods can’t be produced in the amounts required, and many hard-working young Americans are priced out of the housing markets. Not all of that is Brandon’s fault, but he sure isn’t doing a great job handling what he does have control over, and many Americans see that.

Then there’s foreign policy, yet another ream of disasters. Our woke military just lost terribly in Afghanistan, yet still Biden and Blinken seem intent on stirring up war with Russia over Ukraine. If we couldn’t beat a ragtag militia, how are we supposed to beat one of the world’s premier fighting forces? Further, why should we? The real threat, as many Americans recognize, is China; yet that’s the threat Brandon won’t deal with.

On Covid, it’s again no surprise Americans are furious with Brandon. Many don’t want the jab, or at least are furious at the idea that his mandates might force them to take the jab, so those mandates are of course lowering his approval rating.

It’s no surprise that Americans don’t like Brandon. Still, 33% is shockingly low. 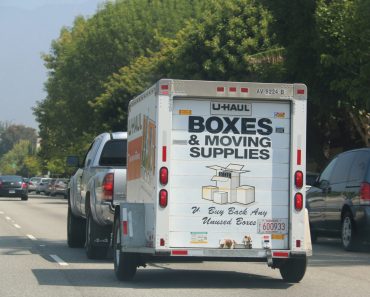