Home
Latest News
Wyoming GOP Votes to Send Liz Cheney a Message: She Will No Longer Bash Trump as a Member of State’s Republican Party
Prev Article Next Article
Share the Story :

In a narrow vote this weekend, the Wyoming GOP has voted to strip Rep. Liz Cheney of state recognition as a member of the Republican Party.

“The 31-29 vote Saturday in Buffalo, Wyoming, by the state party central committee followed votes by local GOP officials in about one-third of Wyoming’s 23 counties to no longer recognize Cheney as a Republican,” the AP reported.

It is the second rebuke that the Wyoming GOP has handed the notorious Never-Trumper Liz Cheney. In February, the Wyoming Republican Party voted to formally censure Cheney for her vote to impeach former President Donald Trump. She had a defense of her impeachment vote following the censure.

“My vote to impeach was compelled by the oath I swore to the Constitution. Wyoming citizens know that this oath does not bend or yield to politics or partisanship,” she said in a statement.

“I will always fight for Wyoming values and stand up for our Western way of life. We have great challenges ahead of us as we move forward and combat the disastrous policies of the Biden Administration. I look forward to continuing to work with officials and citizens across Wyoming to be the most effective voice and advocate in defense of our families, industries and communities.”

Liz Cheney fought off a challenge to her House leadership position, only to go on to participate in Speaker Pelosi’s sham January 6 committee. Cheney faces a nearly impossible re-election bid. According to the latest Wyoming polls on the 2022 race, the incumbent congresswoman would get destroyed by nearly any challenger.

CNN’s “The Lead” hilariously discussed the possibility of Cheney running in the next presidential cycle.

I know you’re posturing for the secessionist vote, Ted. But my party, the Republican party, saved the Union. You swore an oath to the Constitution. Act like it. https://t.co/YyQ1XHRhCY

“I know you’re posturing for the secessionist vote, Ted. But my party, the Republican party, saved the Union. You swore an oath to the Constitution. Act like it.”

But as far as the Wyoming GOP are concerned, she is no longer a member of their party. She already ‘seceded’ the moment she decided to collaborate with radical Nancy Pelosi. 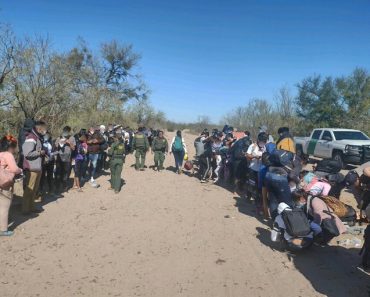