Home
Latest News
What About #MeToo? – Marxist Robert Reich Tells Dems To Give Senator Kyrsten Sinema ‘the Backs of Their Hands’
Prev Article Next Article
Share the Story :

There is a term, Freudian slip, which is defined as ” is an error in speech, memory, or physical action that occurs due to the interference of an unconscious subdued wish or internal train of thought.”

Typically this type of “misspeak” is caught by the person saying it, quickly correcting themselves, but if they are not fully aware of their faculties, they move on in the conversation leaving a possible time bomb for others to use against them in the future.

Wednesday night following Majority Leader Chuck Schumer’s failed attempt to modify the filibuster in the U.S. Senate, many in his party targeted Sens. Joe Manchin (D-WV) and Kyrsten Sinema (D-AZ) for voting with the GOP.

Reich, a far-left extremist who worked for both Presidents Clinton and Obama, later deleted this call for violence, but as the kids say, The Internet is forever…

What are Democrats supposed to do to Sen. Sinema with “the backs of their hands,” @RBReich? pic.twitter.com/XFJyU0d1Sc

“Tonight, Republican senators lined up to shake Kyrsten Sinema’s hand,” Reich’s tweet read. “Democratic senators should have given her the backs of their hands.”

The twisted reason for Reich’s call for Sinema’s peers to attack her was for the Senator’s refusal to modify the 200-year-old filibuster rule that requires 60 votes to pass legislation. Kyrsten has spoken openly about her concerns that without the 60 vote threshold in place, our country would become destabilized due to the partisan whims of a 51-person majority. Without the filibuster, like the U.S. Congress, the U.S. Senate would not need to work with the minority to pass legislation, and every four years would be a rollercoaster of laws enacted and repealed.

What has gotten lost in this conversation is the fact that Senator Sinema actually supports Biden’s “voting bills” but is against blowing up the Senate to clear a way for the hyper-partisan takeover of the Constitutionally assigned oversight of state’s elections.

After getting blasted for his call for violence against Sinema, on Thursday at 9:58 am, Reich deleted the Thursday early morning tweet, then tweeted his excuse for the deleted post.

Last night I deleted a tweet because it was widely misinterpreted and distorted by conservative media. “Back of the hand” is an idiom for rebuke. I wholeheartedly condemn violence against women.

The reality is, trying to change your position online eight hours later in 2022, doesn’t fly.

Sinema’s refusal to kill the filibuster, even to pass this one piece of legislation, was a true act of statesmanship and independence, which is why extremists like Reich are comfortable publicly calling for her to be physically assaulted.

Sadly, this call for violence from Reich is harmful but considering the fact that no one in the corporate media has ever called this type of hatred out, i.e., the BLM & ANTIFA rioting.

To those who know history, this aggressive fascism is indicative of the Black and Brownshirt wearing enforcers of the 20th century.

The AOC far-left Democratic party is perfectly comfortable with violent rioting in their own cities’, homelessness, the invasion of illegal aliens, and the releasing of violent criminals with zero dollar bail, all in the name of racial and economic justice.

Violence is now part of the Democrat party’s DNA and standard operating procedure. The corporate media are fully on board. And this is why Reich felt comfortable being so open about his call for Democrats to give a woman senator “the backs of their hands.”

Americans can expect the left to give Reich a pass this time, just as they have done for others in their increasingly angry, Godless, and growing mob of anarchists. 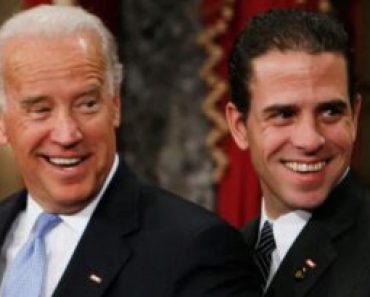