Kirsten Sinema, the AZ Democrat that at least tries to show some respect for our republic and its rules, unlike the vast majority of her colleagues, utterly destroyed their radical, far-left agenda in a blistering Thursday speech.

Delivered on the Senate floor, Sinema’s hard-charging speech drove the final nail in the coffin of the Brandon-Schumer-Pelosi Axis’ radical agenda, most notably their push to use the so-called “nuclear option” and destroy the filibuster to pass some damn fool plan of Brandon’s or another.

While the full text of the 20-minute speech is too long to reprint here, but can be read here, these are some of the highlights of her brilliant, obviously heartfelt speech:

To begin, she highlighted the fractured, divided nature of American life and noted that far from only being a problem as a talking point, it’s having a real impact on real Americans.

I rise at a challenging and divisive time for our nation.

For years, America’s politics have spiraled steadily downward into increasingly bitter, tribal partisanship – and our democracy has been strained.

While that may sound abstract, it is a problem that hurts Americans in real, tangible ways.

Americans across the country know this. They see it every day – not only on social media and cable news, but at their jobs and around their dinner tables.

Then, later, she finally got to the part everyone was waiting for: how she’ll vote on the “nuke the filibuster” idea pushed by Brandon and Co. On that topic, she said:

And while I continue to support [the Freedom to Vote Act and the John Lewis Voting Rights Advancement Act], I will not support separate actions that worsen the underlying disease of division infecting our country.

The debate over the Senate’s 60-vote threshold shines a light on our broader challenges.

It is a view I have held during my years serving in both the U.S. House and the Senate, and it is the view I continue to hold.

It is the belief that I have shared many times in public settings and in private settings.

So, Sinema, despite what was surely a massive campaign by the leftists in the Senate, won’t vote to nuke the filibuster. Thank God.

Then, expanding on why she supports the filibuster and returning to her original point about division, Sinema said:

But what is the legislative filibuster other than a tool that requires new federal policy to be broadly supported by Senators representing a broader cross-section of Americans – a guardrail, inevitably viewed as an obstacle by whoever holds the Senate majority, but which in reality ensures that millions of Americans represented by the minority party have a voice in the process?

Demands to eliminate this threshold (from whichever party holds the fleeting majority) amount to a group of people separated on two sides of a canyon, shouting to their colleagues that the solution to their shared challenges is to make that rift both wider and deeper.

[…]The impact is clear for all to see – the steady escalation of tit-for-tat, in which each new majority weakens the guardrails of the Senate and excludes input from the other party, furthering resentment and anger amongst this body and our constituents at home.

[…]eliminating the 60-vote threshold will simply guarantee that we lose a critical tool that we need to safeguard our democracy from threats in the years to come.

Manchin, who like Sinema has remained sane while his leftist colleagues have lost it, reportedly said “Very good. Excellent speech” when asked about it.

Thank goodness Sinema is willing to step up and stop the left from destroying the filibuster. One wonders if a moderate Republican would be willing to do the same in her situation. I doubt it. 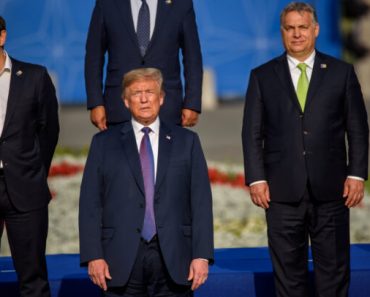