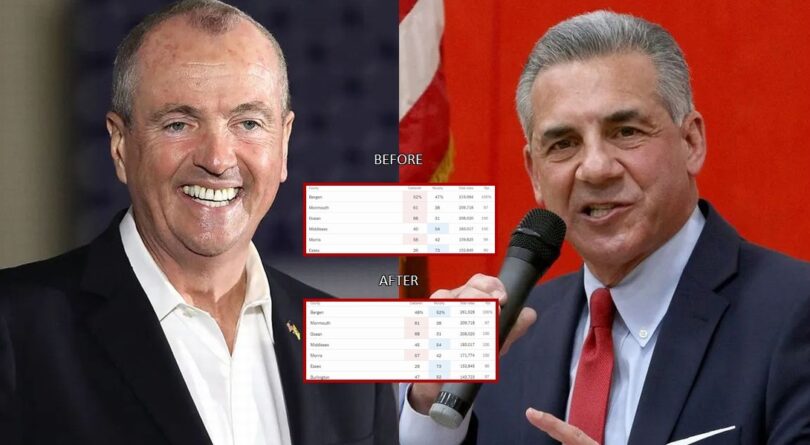 The New Jersey governor’s race is a reminder to America that we are still a long way off of having election integrity in this country. Republican candidate Jack Ciattarelli was holding on to a 42,000 vote total in his race against incumbent Democratic governor Phil Murphy late Tuesday night, when most of America was heading to bed. The race is now a razor-thin 1,000 vote edge for Ciattarelli with 88% reported.

Much of the strength of Ciattarelli’s showing in the governor’s race throughout Election Night was his overperformance in blue counties. Bergen County, in particular, had shown him with a surprising lead for most of the evening.

Screenshots taken from NY Times election reporting confirm that Bergen County’s election support flipped from Ciattarelli to Murphy with 100% reported. Earlier in the night, Bergen was 55/45 Ciattarelli with 40% reported in the county.

Jack Ciattarelli still has a 52/42 lead with 100% of the votes shown as reported. (This is an archived page where one might see this report.)

Bergen County then flips to 52/48 Murphy with 100% reporting later in the evening.

The phenomenon, reminiscent of some of the election night anomalies witnessed in 2020, was documented and shared by the Twitter user “We the people.” The flip came as Jack Ciattarelli had a 42,000 vote edge; at this point, the county wide projections had suggested that the GOP candidate had about a 25,000-vote cushion.

Typical Dem Voter Fraud Shenanigans… Wait until no one is looking and then poof! magically things flip!
Bergen County 100% reported all night with Ciattarelli having won 52% to 47% all of a sudden flips to Murphy 51 – Ciattarelli 47 right as coverage dies down.@LogicalBrad pic.twitter.com/F0SmLHz6hD

The video that shows the results is documented further below on Rumble, where one can clearly see the changes in election reporting.

The screenshots show a flip from 54/45 support for Ciattarelli to 52/47 support for Murphy with 97% reported.

North Jersey explained Phil Murphy’s surge can be attributed to (you guessed it) late-counted absentee ballots.

“Murphy narrowly trailed Republican challenger Jack Ciattarelli Wednesday morning with ballots — many of them vote-by-mail — in Democratic-rich areas yet to be counted,” North Jersey reported.

“With nearly 98% of precincts reporting early Wednesday morning, Ciattarelli held a mere 1,200 vote lead in the contest to decide the next governor, according to The Associated Press,” the report continued. “The race was a statistical dead heat, and there were about 700,000 early and mail-in votes still to tally.”

“Election officials disclosed Monday that about 700,000 of New Jersey’s 6.57 million registered voters had cast their ballots by mail or early voting as of Sunday,” NJ.com reported.

“The early voting ballots were by machine and county clerks can relay the results to the state at any time during the night,” the report added. “The big question is how quickly mail in ballots – nearly 500,000 of them – will be scanned and counted. In addition, mail-in ballots will count if they are postmarked by 8 p.m. on Nov. 2 and can be tabulated up until Nov. 8.”

“The remainder are from Election Day voting and are counted and reported as they always have,” it continued. “Absent glitches, most results have been tabulated before midnight on Election nights. But all clerks do not process and report voting totals in the same time frame.”

As Becker News earlier reported, there was major disruption to the electronic voting system reported on Election Day. The development was reported by 101.5 FM in New Jersey.

“A new system being used at polling places around the state that cost $68 million is to blame for voting problems in the first hours of Election Day, according to one county election commissioner,” the report stated.

“Voters were reporting long lines and saying that they left before being able to vote, although paper provisional ballots are always an option,” it continued.  “Voters this year for the first time are signing an electronic tablet device instead of a paper book. The device relies on an internet connection using a network program called Nighthawk.”

The state’s Division of Elections said late Tuesday morning admitted problems with the electronic pollbooks “at a small number of polling locations.”

“Yes we are having internet slowdowns and problems and we are working our way through it,” Kean said. “The problem is around the state. It’s not just a Monmouth County problem. It’s tied to the electronic poll books.”

In the 2020 election, it was verified that Michigan’s Antrim County had incorrectly flipped Trump votes to Biden. Those votes were later corrected and handed back to Donald Trump. 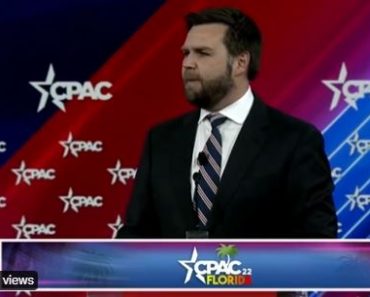 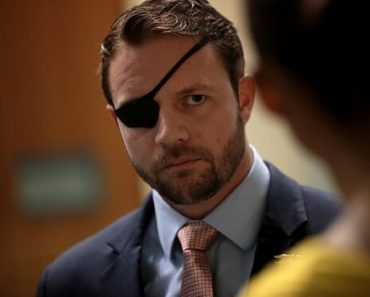 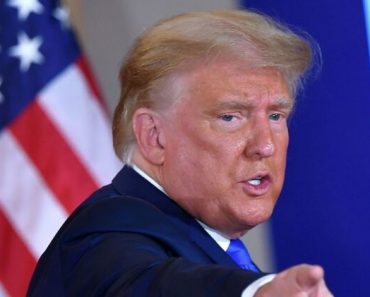