White House Press Secretary Jen Psaki was unusually testy on Wednesday after a reporter asked her to defend the incendiary remarks made by Joe Biden about elections. Watch:

“Senator Romney today basically said, I’ll use the exact quote, that the speech yesterday that the president gave was quote, ‘Going down the same track and road taken by President Trump,’ in casting a doubt on the reliability of American elections,” the White House reporter said.

“Does the White House have a response to that?” he asked.

“With all due respect to Senator Romney, I think that anyone would note that there’s a night-and-day difference between fomenting an insurrection based on lies totally debunked by 80 judges, including Trump-appointed ones, and election authorities across the country and making objective, true statements, which is what the president made yesterday about the effects of a nationwide, coordinated effort to undermine the Constitutional right to vote,” she claimed.

“I know there has been a lot of claim of the offensive nature of the speech yesterday, which is hilarious on many levels given how many sat silently over the past four years for the former president,” Psaki went on. “But I would note that in our view and the president’s view what is far more offensive is the effort to suppress people’s basic right to exercise who they want to support and who they want to elect.”

“That’s not a partisan thing,” she said. “And that’s why he gave such a strong speech.”

Let’s take a look at some soundbites from Biden’s speech.

So, suddenly it is okay for the President to baselessly undermine confidence in our elections?https://t.co/yrCn9gPgFR

Biden lied about people who opposed his election attempting a “coup.” The FBI has not charged anyone with insurrection or treason, no one was charged for possessing a firearm inside the Capitol, and there was logistically and legally no way for the far-right extremists (not all of them even Trump supporters) to carry out a “coup.”

Even more inflammatory, Biden equated those who oppose the federal takeover of state elections with racists who would support George Wallace.

Ironically for Biden’s smear, he himself once bragged about being praised by George Wallace. The House Republicans’ Twitter account pointed this out.

FLASHBACK: Joe Biden once bragged about being praised by George Wallace. pic.twitter.com/kXhHBRLtrI

McConnell: “In less than a year, restoring the soul of America has become this: Agree with me or you’re a bigot…From lowering the temperature to invoking totalitarian states and the civil war…You could not invent a better advertisement for the legislative filibuster[.]” pic.twitter.com/pqLB9AB4LT

“A President shouting that 52 senators and millions of Americans are racist unless he gets whatever he wants is proving exactly why the Framers built the Senate to check his power… Perfect case study & why Senator Biden was right… & President Biden is wrong,” he said, noting his hypocrisy on the Senate filibuster that stands in the way of the Democrats’ election takeover.

President Biden had once vocally opposed any changes to the Senate filibuster. In 2005, Senator Biden said the following about the “nuclear option.”

“Mr. President, my friends and colleagues, I have not been here as long as Senator Byrd [a former KKK leader whom Biden had called a ‘friend’ and ‘mentor’], and no one fully understands the Senate as well as Senator Byrd, but I have been here for over three decades,” he noted. “I think this is the single most significant vote any one of us will cast in my 32 years in the Senate.”

“No one fully understands the Senate as well as Senator Byrd [a former KKK leader whom he had called a ‘friend’ & ‘mentor’]… I think [opposing any change to the filibuster] is the single most significant vote any one of us will cast in my 32 years in the Senate.” — Biden, 2005 pic.twitter.com/F9L4YvLP8r

“And I suspect the Senator would agree with that,” he continued. “We should make no mistake. This nuclear option is ultimately an example of the arrogance of power. It is a fundamental power grab by the majority party, propelled by its extreme right and designed to change the reading of the Constitution, particularly as it relates to individual rights and property rights.”

“It’s nothing more or nothing less, and let me take a few moments to explain that,” he added. “Folks who want to see this change want to eliminate one of the procedural mechanisms designed for the express purpose of guaranteeing individual rights, and they also as a consequence would undermine the protections of a minority point of view in the heat of majority excess.”

Senator Biden thus obliterated the arguments against the filibuster, and thus the forced passage of the elections takeover legislation, being urged by current President Biden.

But addressing Jen Psaki’s petty rebuttal, which resembles a ‘whataboutism’ argument often made by five-year-olds, her pointing the finger at Trump only makes Senator Romney’s point. Mitt Romney, it should be noted, is not exactly a fan of Donald Trump. He was one of the few Republican senators who voted to convict Donald Trump at the second impeachment trial.

It is simply misleading to argue that reporters in the corporate media remained “silent” about Donald Trump. It spent four years attacking the former president with Democrat-approved talking points, many of them later to be proven false. An MRC survey found that 92 percent of media coverage of the Trump presidency was “negative.”

As for addressing the thrust of Biden’s argument, one could hardly do better in summation than David Harsanyi of National Review.

“The president suggested that anyone opposing the Democrats’ voting-rights bill was not only a bigot but a seditious ‘domestic‘ enemy of the United States — a designation that now probably includes six Democratic senators, if not more,” Harsanyi commented. “The president pronounced the Senate a ‘shell of its former self,’ lamenting that the GOP had used the filibuster over 100 times in the past year, skipping the inconvenient fact that Democrats had done so over 300 times the preceding four years. Biden, ‘the institutionalist,’ then unloaded a litany of completely misleading contentions about voting laws to justify his abandonment of principle.”

“And the reason Biden is compelled to lie about virtually every aspect of the Georgia voting law is that the specifics are actually quite popular and do not inhibit a citizen from casting a ballot,” he went on. “Most of the requirements Biden contends are now compulsory for democracy to properly function had only been instituted in the past few years — many of them only during the last election. Biden’s comparing Jim Crow to contemporary voter-integrity laws is detestable. One was a violent suppression of the minority vote; the other was giving voters only eleven weeks before an election to request a ballot and declining to keep expanding voting into the weekend.”

Harsanyi then directly nails the point that any other astute political observer would note about a Democratic Party that supports unconstitutional “vaccine passports,” but opposes a basic election integrity instrument like voter IDs.

“ID requirements are what the Left detests most, and yet this is the provision they talk about least. Why?” he asks rhetorically. “Most polls find overwhelming majority support for limiting early-voting hours and requiring photo IDs to vote.”

“Fascists in Colorado and Connecticut and most other states, not only Georgia, still demand a person provide government-issued ID to vote,” he goes on glibly. “They, just like Georgia, allow voters without ID to provide the last four digits of their Social Security number, a bank statement or utility bill, a paycheck, or any other government document with their name and address. (Maybe if states allowed vaccine passports to suffice, Democrats would be up for it.)”

“But most Americans — most people in the free world — have believed it eminently reasonable to expect voters to identify themselves before participating in democracy,” he adds. “If Democrats believed the vote was sacred, so would they.”

“It’s the Democrats who are advocating overturning the will of voters in Georgia and elsewhere,” he adds. “Let’s remember that H.R. 1 ‘voting rights’ bill would have compelled states to allow ballot harvesting, to ban voter-ID laws, to allow felons to vote, and to count mail-in votes that arrive up to ten days after Election Day.”

Despite the Democratic leadership’s hyperbolic claims, 63 percent of Democrats “believe that requiring photo ID to vote is a reasonable measure to protect the integrity of elections,” according to a recent Rasmussen poll.

Americans who support election integrity do so in order for everyone to have trust in the vote. Members of the Democratic Party, after all, officially rejected the results of the presidential elections in 2001, 2005, and 2016. There were progressive Democrats who complained about a lack of confidence in voting machines before the election of Biden. Those concerns evaporated once the Democratic candidate was pronounced the winner.

Jen Psaki is right, having confidence in elections is not a “partisan” issue. Unfortunately, President Biden wants to exacerbate the problem by nationalizing the issues that so many citizens in state elections around the country found so concerning. 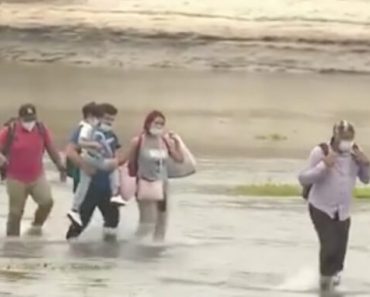