Joe Biden announced on Thursday that he would be signing legislation to award four Congressional Gold Medals over the Jan. 6 events at the Capitol building. The legislation passed the Senate by unanimous consent on Tuesday after it had passed the House.

Four medals will be awarded, including one to the U.S. Capitol Police force and one to the Metropolitan Police Department. There will be a medal for the Smithsonian Institution to display, as well as one for the Architect of the Capitol, according to Politico.

President Biden, flanked by Vice President Kamala Harris, framed the Capitol Riot in dire terms, comparing it to the darkest days America had experienced during the Civil War.

“Folks, not even during the Civil War did insurrectionists breach the Capitol of the United States of America, the citadel of our democracy,” Biden said. “Not even then. But on January the 6th, 2021, they did. They did. A mob of extremists and terrorists launched a violent and deadly assault on the People’s House, on the sacred ritual to certify a free and fair election.”

“It wasn’t dissent,” he continued. “It wasn’t debate. It wasn’t democracy. It was insurrection. It was riot and mayhem. It was radical and chaotic, and it was unconstitutional and maybe, most important, it was fundamentally un-American.”

“An existential threat and a test of whether our democracy could survive, whether it could overcome lies and overcome the furry of a few who were seeking to thwart the will of the many,” Biden continued. “While the attack on our values and our votes shocked and saddened the nation, our democracy did survive. It did. Truth defeated lies.”

The lies are that the January 6 riot was in any sense an ‘existential threat’ to the Republic. More than 550 people were charged at the riot, and not a single one for treason or insurrection. No one inside the Capitol building itself has thus far been charged for carrying a firearm. There were no capture-and-kill teams, contrary to prior reports. Congress members had been evacuated prior to rioters entering the inner chambers, because of a bomb threat to the RNC and DNC headquarters.

The notion the most powerful nation in the world would under any circumstances hand over sovereignty to a bunch of miscreants without firearms, and who were in no wise acting under the orders or in the name of then-President Donald Trump, is quite plainly nonsense.

Biden, for his part, would dignify the occasion by speaking his usual incoherent nonsense, drifting in thought as he tried to stick to the script on his teleprompter. Watch:

“I got to know you,” he said. “You’re the same ones after a ballgame… in a visiting field, come walking out of the gym, as you [unintelligible] you may get jumped by the other team or their supporters…”

“You may be all by yourself, the only ones standing there, when you watch six people jump one of our teammates,” he continued. “What the hell would you do? You’d jump in.”

Someone needs to “jump in” to save President Biden. He’s been having a hard time making sense during his speeches lately. And it’s only going to get worse. 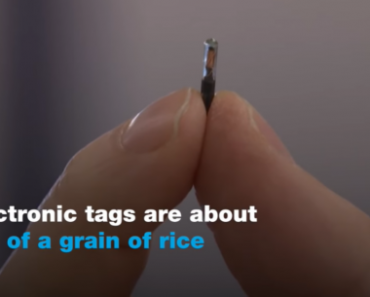