Former President Donald Trump heaped praise on a notable Republican during a Florida fundraising event and even said he would love to see her in the Oval Office someday.

“I want to congratulate Elise on her success. Man is she moving fast. That means at this rate she’ll be President in about 6 years,” Trump said.

“She’s always been a friend and people would say she’s upwardly mobile. She goes to Washington as a young beautiful woman who took over and all of a sudden she becomes a rocket ship, she’s the boss. She’s been a great boss, a strong boss,” he said during the event at his Mar-a-Lago resort, where a stunning $3.2 million was raised for his PAC and other GOP candidates.

Thanks to our incredibly generous supporters from #NY21, New York State, and all across the country for a historic event at Mar-a-Lago this evening with President Trump!

2022 is the year we #TakeBackTheHouse and #FirePelosi once and for all!

A #REDWave will Save America! 🇺🇸 pic.twitter.com/JC6DqjqJn3

Trump has also dropped several hints about potentially running again in 2024 for a second term, but he has indicated in the past that he will wait to see what happens during the 2022 midterms to make his decision.

Last spring, Stefanik declared that Trump voters would be crucial to take back Congress this year.

“Number one, I would listen to the voters across the country, which I do every day in my district, which voted overwhelmingly for President Trump,” she said in an interview with SiriusXM’s Breitbart News Saturday.

“I would also spend the time listening to the members of the conference and making sure that we’re representing the majority of the Republican conference’s views, and when you’re not able to do that anymore, you should step down from those leadership positions,” she said ahead of the vote to replace Cheney.

“You should realize that it’s not an opportunity for you to share your personal views, whatever they may be, that you speak for the team,” Stefanik added.

“I also would make sure that we’re not attacking our fellow members and attacking President Trump and Trump supporters,” she noted further.

“If you look at the November election, President Trump earned more votes than any other Republican nominee candidate for president in our nation’s history, and those voters, that coalition is going to be critical going into the next election.” 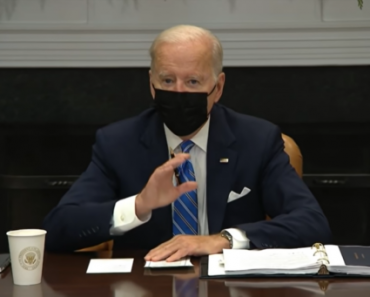