Home
Latest News
They Were Warned: Producers on Set of Alec Baldwin’s ‘Rust’ Were Warned About Asst. Director Involved in Deadly Shooting of Cinematographer That He Would ‘Kill Someone Someday’
Prev Article Next Article
Share the Story :

Producers on the set of “Rust” were apparently warned that the assistant director involved in a deadly mishap on-set in which actor Alec Baldwin accidentally shot and killed the film’s cinematographer would “kill someone someday.”

According to trade industry mag Variety, reporters spoke to five crew members who also worked on the set of “One Way” with assistant director Dave Halls in February prior to the filming of Rust. The two films were being made by the same production companies, Thomasville Pictures, and Short Porch Pictures. All five crew members said that Halls created an unsafe environment on the set.

“That man is a liability,” said one crew member on the set of One Way told Variety. “He’s going to f***ing kill someone someday, and you’re going to be responsible.”

Another source who spoke on condition of anonymity noted that Halls let people who weren’t professional stunt drivers drive vehicles in an “open field.” That crew member warned producers that Hall put the safety of the crew “in jeopardy.”

A second crew member on “One Way” also said there were safety problems involving Halls and vehicles on set. This person said there was a scene with a “car hit” that had inadequate crew, and that background actors were driving cars, instead of stunt drivers.

“They put me in a position of danger,” the second crew member told Variety. “They’re getting the bottom-of-the-barrel people.”

A third crew member confirmed that he had heard about safety issues involving Halls and vehicles from a fourth person on set. This crew member also said he witnessed Halls losing his temper on set.

In addition, the magazine spoke to two sources on the record: Jay Graves who was One Way’s set dresser, and crew member Jared Tyree.

Graves said “One Way” was “the least safe set I’ve ever worked on in my life,” and described being nearly “clipped” by a car on two occasions.

“He said that they were filming on a street, but that the street was not completely closed, such that cross-traffic was able to drive through the set between takes,” Variety reported.

Tyree related a similar incident and said at one point two cars nearly collided, which caused a 30-minute delay in shooting.

But a spokesperson for the production companies insisted that the “One Way” set pushed back, saying the production team did provide a safe working environment.

As corroboration, the rep provided a quote from the movie’s line producer, Molly Mayeux: “I can attest with 100% certainty that ‘One Way’ was extremely safety-conscious, and all safety protocols were followed during the shoot. I am sickened by these ‘sources’ trying to capitalize on such a horrific accident.”

As USA Features News reported, a crew member who gave Baldwin the prop gun reportedly was the subject of a safety complaint on-set in 2019.

“Maggie Goll, a prop maker and licensed pyrotechnician, said in a statement that she filed an internal complaint with the executive producers of Hulu’s ‘Into the Dark’ series in 2019 over concerns about assistant director Dave Halls’ behavior on set. Goll said in a phone interview Sunday that Halls disregarded safety protocols for weapons and pyrotechnics and tried to continue filming after the supervising pyrotechnician lost consciousness on set,” The Associated Press added.

And ss The Daily Wire has reported, Halls admitted to investigators that he did not properly check the gun that Baldwin was rehearsing with when he killed Hutchins and wounded director Joel Souza. Halls was fired from the 2019 production “Freedom’s Path” for a similar incident involving an accidental gun discharge. 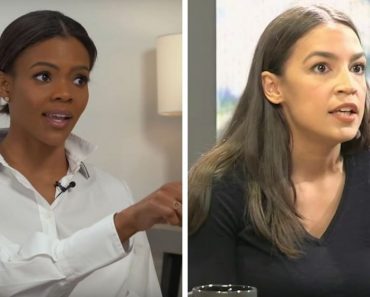