Home
Latest News
The Red Wave Came: Republicans Won Big Throughout the Country; Here’s a Tally Of The Biggest, Most Impactful Victories
Prev Article Next Article
Share the Story :

Election Tuesday in the U.S. brought a red wave to blue enclaves around the country and handed Democrats new reasons to fret over their electoral chances in 2022 and beyond.

Here’s a breakdown of some of the biggest races of the evening.

“Republicans are expected to dominate Virginia’s elections on Tuesday, projected to win the state’s races for governor, attorney general, and lieutenant governor. They also were ahead by a substantial margin in the number of seats won in the House of Delegates, 36-34, although that is subject to change,” The Daily Wire reported.

“Youngkin led by just over two points when the Associated Press called the race early Wednesday, buoyed by record turnout in rural areas and an energized Republican base. He trailed McAuliffe in nearly every poll up until the final days of the race, when late momentum gave him the slimmest of leads in a state that President Joe Biden won by over 10 points just a year ago,” the Daily Caller noted.

A red tide swept over Long Island, with the Republican candidates for district attorney in both Nassau and Suffolk counties winning their races in stunning landslides Tuesday — turning the campaigns into a referendum on New York’s controversial bail reform law.

“This was a clear referendum on the disastrous ten months of Joe Biden’s administration and a Republican resurgence fueled by outrage after years of corrupt, Albany politicians destroying our state,” she continued.

“The strength of our grassroots support has never been stronger. The work to save New York started tonight with Republican victories up and down the ballot, and it will continue in 2022 when we retire Nancy Pelosi and finally take back the Governor’s mansion,” Stefanik added.

“On Tuesday night, in what might be a harbinger of things to come, the GOP turned a state House district that is roughly 75% Hispanic from blue to red, as GOP House candidate John Lujan won the seat in Texas’ 118th House of Representatives district,” The Daily Wire reported.

The victory by Lujan gives Republicans an early win in their drive to make new inroads in South Texas after President Joe Biden underperformed there last year. With all vote centers reporting Tuesday night, Lujan was leading Democrat Frank Ramirez 51.2% to 48.8%, according to unofficial results. Lujan briefly held the seat in 2016, while Ramirez is a former staffer for the San Antonio City Council and at the Texas Legislature.

A heavily watched local school board race in a Denver suburb also saw a red wave of conservative candidates sweep four of the seven seats.

“Voters in the Douglas County School District (DCSD) were electing four school board directors on Nov. 2. The seven members of the Board of Education are elected to staggered, four-year terms. With four director spots up for election, more than half of the board could be replaced on election night.,” 9News reported Wednesday.

“A conservative group calling themselves “Kids First” had a goal to make sure the leaders of Douglas County School District prioritize kids first in all decision-making. Candidates in that group include Becky Myers, Kaylee Winegar, Christy Williams and Mike Peterson,” the outlet continued.

The newcomers defeated two incumbents and two other first-time school board candidates, all supported by left-wing teachers unions and organizations, the outlet noted.

“This is my first time actually really thinking about, that I may have voted for a school board election,” Leslie Jacot-Guillarmod told the local outlet outside the Highlands Ranch polling location. “I’ve always done like presidential and primaries and things like that.”

Pat Edwards, a grandmother of a kid in Douglas County schools, agrees.

“I think we’re raising some young people that have no respect and no love for our country, as we once did,” she said. “So I want to bring back the founding principles of honesty and morality and goodness and fairness.” 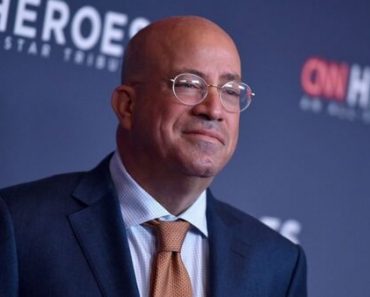