Home
Latest News
The GOP Circulates Memo About ‘Lessons Learned’ from Virginia Win That Should Have Voters Excited for 2022
Prev Article Next Article
Share the Story :

The November elections in 2021 brought forth a glimpse of the coming whirlwind of electoral defeats heading for the radicalized Democratic Party in next year’s midterms. There were a host of reasons the GOP was able to ride a rising tide of animus towards the coronavirus mandates, Critical Race theory, and not least of all, the president himself to what has been described as an election “bloodbath.”

These lessons were recently detailed in House Republican Study Committee’s memo on four lessons from Youngkin’s win in Virginia that can be used in elections going forward.

“First, the concerns of parents need to be a tier 1 policy issue for Republicans: Youngkin’s success reveals that Republicans can and must become the party of parents,” the memo stated. “There is real energy from parents that we need to understand. The good news is RSC has been working for months to build out an agenda in education that will fight for and empower parents. This will include needed oversight of the Biden administration.”

“Second, we need to end the mandates,” the memo added. “In a Washington Post Op-ed Youngkin wrote, ‘Most important, we will never lock down our economy again.’ And it’s not just business restrictions. Youngkin opposes vaccine mandates and mask mandates in public schools. We’ve been doing this at the federal level already: Claudia Tenney and I introduced a bill to prevent OSHA from instating its unconstitutional vaccine mandate.”

“Third, we must continue to back the blue,” the memo continued. “Youngkin pledged to increase funding for police departments and protect ‘Qualified Immunity for our Law Enforcement Heroes,’ which House Democrats tried to end through their police reform bill. Crime, and particularly homicides, have spiked in Virginia and in every other state. In July, a USA Today poll found that crime, ahead of everything else, was the number one issue Americans were most concerned about.”

“Fourth, we must continue to focus on the failures of the Biden economy,” the memo added. “Youngkin focused on providing relief to runaway inflation caused by the Biden economy and on not locking down the economy again. Our early focus on runaway inflation and the growing supply chain crisis is hitting home with voters. We need to keep hammering away and work on bringing solutions to the table to address their concerns. In 2020, Biden won Virginia by 10 points and the year before Democrats took over both chambers of Virginia’s statehouse.”

Glenn Youngkin’s wave has sent shockwaves through the country and the Democratic Party, which finds itself scrambling to make sense of it. Their rationalization for the defeat: White resentment over schools teaching Critical Race Theory – which they claim is not actually taught in schools. (This is a lie: The NEA adopted CRT in its national strategy for all 50 states.)

“In Virginia, Youngkin took a nationalized issue — critical race theory, an academic term that conservative media and activists have used to stoke fears about school curriculum that focuses on institutional racism — and localized it,” NBC reported. “Parental involvement in education became the core theme of Youngkin’s campaign, especially after a televised debate where McAuliffe asserted that parents shouldn’t tell schools what to teach.”

“According to NBC News exit polls, 84 percent of voters Tuesday said parents should have at least some say,” the report added. “And nearly a quarter of respondents rated education as the most important issue facing Virginia — placing the issue behind concerns about the economy, but elevating it as a rallying cause for 2022.”

“That type of energy? You can’t just flip a switch and do it,” said Zack Roday, a Republican strategist who is based in Richmond, Virginia, and has worked for former House Speaker Paul Ryan and former Wisconsin Gov. Scott Walker. “It’s a clear kind of projection of values.”

The national news media also blacked out the election of Winsome Sears, a Marine vet and the first African-American Lieutenant Governor in Virginia’s history. A Trump-backed candidate won the special election in Ohio: Mike Carey.

“It is looking like Terry McAuliffe’s campaign against a certain person named ‘Trump’ has very much helped Glenn Youngkin,” the former president said in an emailed statement. “All McAuliffe did was talk Trump, Trump, Trump and he lost!”

Trump-backed candidates won big on election day, while New Jersey’s Jack Ciattarelli may ultimately wind up edged out by an incumbent Democratic governor amidst swirling questions of election malfeasance. At the end of the day, however, it was highly engaged and motivated parents fighting at the local level that changed the tide.

This is the 2022 blueprint: No more top-down coattails. Guerrilla war at the local level. Parents rising up against school boards. Take every county commissioner. Every town supervisor. Every county treasurer. Do that and statewides and districts will take care of themselves. 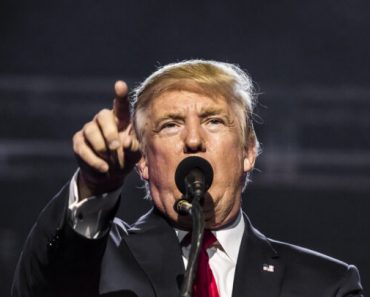