Home
Latest News
“That’s A Problem”: Trump Gives One Hilarious Reason For Why Running in 2024 is Not A Good Idea
Prev Article Next Article
Share the Story :

During an interview with Fox News host Greg Gutfeld, President Donald Trump opened up about a potential 2024 presidency run.

There was however one downside for running again in 2024: Saving CNN.

The interview started with Gutfeld questioning Trump about the rise in violence in Democratic-run cities like Chicago, saying media outlets like CNN have failed to report on the ongoing violence.

“They denied the rising crime that’s going on because of the defunding of the police ideology and the demoralization of the cops. None of the networks are covering it except for Fox,” he said.

“They don’t prosecute murderers, killers, a guy killed an old woman, a grandmother the other day. They don’t even talk about it. They only go after Republicans,” Trump responded.

“That’s worse than Afghanistan was. We didn’t have that. We didn’t lose, I told you, a soldier in many, many months and here they have 28 people died over a weekend. It’s a disgrace,” Trump added.

“The Taliban has finally made Afghanistan as dangerous as Chicago,” Gutfeld said as he transferred to talking about a 2024 run. “One problem with you running for president again is that going to save CNN. You are aware of that.”

For a former president, Donald Trump is extremely involved in the political arena considering he is still holding rallies and other events. The constant political work from the former president begs the question: Is former President Trump going to run again in 2024?

It certainly seems like it considering Trump will be holding two more “Save America” rallies in the swing states of Georgia and Iowa.

The timing of the announcement comes at a very unique time as President Joe Biden’s approval numbers continue to reach record lows after his botched withdrawal of Afghanistan.

The first “Save America” rally will take place in Perry, Georgia on September 25, 2021.

The second will be in Des Moines, Iowa on October 9th. 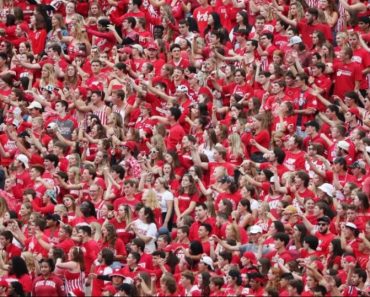