It turns out that Snopes has been ‘Snoped.’ Buzzfeed has revealed that a co-founder for the left-wing “fact checker,” which has been used by numerous social media platform to silence conservative websites, has been caught plagiarizing as many as 54 articles and has been suspended.

“David Mikkelson, the co-founder of the fact-checking website Snopes, has long presented himself as the arbiter of truth online, a bulwark in the fight against rumors and fake news,” Buzzfeed reported. “But he has been lying to the site’s tens of millions of readers: A BuzzFeed News investigation has found that between 2015 and 2019, Mikkelson wrote and published dozens of articles containing material plagiarized from news outlets such as the Guardian and the LA Times.”

“After inquiries from BuzzFeed News, Snopes conducted an internal review and confirmed that under a pseudonym, the Snopes byline, and his own name, Mikkelson wrote and published 54 articles with plagiarized material,” the report continued. “The articles include such topics as same-sex marriage licenses and the death of musician David Bowie.”

“Snopes VP of Editorial and Managing Editor Doreen Marchionni suspended Mikkelson from editorial duties pending ‘a comprehensive internal investigation’,” the report added. “He remains an officer and a 50% shareholder of the company.”

“Let us be clear: Plagiarism undermines our mission and values, full stop. It has no place in any context within this organization,” Marchionni and Snopes chief operating officer Vinny Green said in an apology. “We invite readers to let us know here if they find any other examples of plagiarized content so that we can apply the same treatment as above.”

“To the staff, past, present, and future, who are undoubtedly impacted by these findings, we are deeply sorry. While an individual’s actions have caused this breach of our ethics, we hope the extraordinary writers and editors who work at Snopes do not see their efforts and reputation undermined by these missteps,” Marchionni and Green continued.

“We strongly condemn these poor journalistic practices. No writer participated in this behavior, nor did any editors — Doreen Marchionni, Camille Knox, and David Emery — support or encourage these practices,” Snopes staff writers said in a note published on Friday.

What Snopes needs to do is apologize for representing itself as a “fact checker.” It is merely a blog for left-wing editorials misleadingly posing as an authoritative source on anything. What it actually is is a left-wing front group that attacks conservative dissent under the false guise of impartiality. 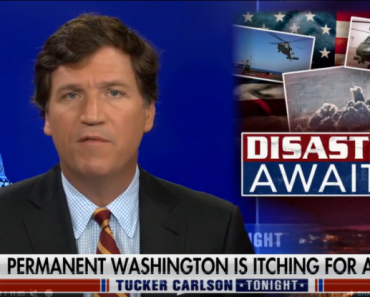