Durr, who spent just $153 on his New Jersey State Senate campaign, was declared the winner Thursday morning, the Associated Press reported. Almost half of Durr’s campaign funds were reportedly spent at restaurant chain Dunkin’ Donuts, according to The Washington Free Beacon.

Durr said in an interview on Fox News that he was “not seeking power or fame, only to give the people better representation.” Durr reportedly entered the race after being denied a concealed carry permit despite a clean record, according to NBC Philadelphia.

When asked by Fox News host Rachel Campos Duffy what he planned to do when elected, Durr said he didn’t know.

“That’s the key factor. I don’t know what I don’t know. So, I will learn what I need to know,” Durr said. “I’m going to guarantee you one thing.I will be the voice, and people will hear me … If there’s one thing people will learn about me, I got a big mouth, and I don’t shut up when I want to be heard.”

Durr has criticized New Jersey Gov. Phil Murphy’s handling of the COVID-19 pandemic, and he describes himself as “blue-collar.”

Durr’s victory comes as other Republicans scored a number of other high-profile victories on Tuesday in blue states like Virginia and New York.

“Republicans are expected to dominate Virginia’s elections on Tuesday, projected to win the state’s races for governor, attorney general, and lieutenant governor. They also were ahead by a substantial margin in the number of seats won in the House of Delegates, 36-34, although that is subject to change,” The Daily Wire reported.

A red tide swept over Long Island, with the Republican candidates for district attorney in both Nassau and Suffolk counties winning their races in stunning landslides Tuesday — turning the campaigns into a referendum on New York’s controversial bail reform law.

“On Tuesday night, in what might be a harbinger of things to come, the GOP turned a state House district that is roughly 75% Hispanic from blue to red, as GOP House candidate John Lujan won the seat in Texas’ 118th House of Representatives district,” The Daily Wire reported.

A number of political analysts now believe that Republicans are in great shape to recapture majorities in Congress during next year’s midterms, which, if it comes to pass, has led some to speculate House Speaker Nancy Pelosi, D-Calif., would retire. 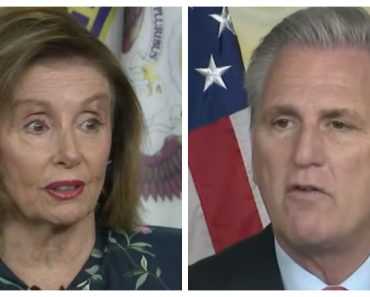