Senate Majority Leader Charles Schumer indicated in an interview with MSNBC that his push to eliminate the filibuster just to pass a bill that reforms state voting laws is mostly political.

Schumer, a New York Democrat, told host Willie Geist that several members of his party had expressed concerns that Republican-led voter integrity measures in GOP-led states could cost them their individual seats in Congress and, ultimately, the Democratic Party its majority.

In addition, he said, they were using that argument to put pressure on Senators Joe Manchin (D-WV) and Kyrsten Sinema (D-AZ) to kill the filibuster, a Senate rule requiring a 60-vote majority in the chamber to advance most legislation.

The chamber is currently evenly divided at 50-50 and no Republican has expressed support for the voting reform measure, which they say essentially federalizes nearly all elections and would overturn state laws aimed at ensuring ballot integrity.

Schumer claimed that the federal elections overhaul proposed in the Democrats’ “voting rights” bill was too important and that Republican efforts to stop it lined up with the “way that societies lose democracy.”

“We had two professors … come yesterday, and they showed across the world how democracies die. I think that’s the name of their book,” Schumer began. “When a political party countenances violence or doesn’t condemn it, number one. Two, won’t admit they lost fairly and squarely. And three, breaks all the norms, like McConnell did when he held up Merrick Garland.”

SEN. SCHUMER admits that nuking the Senate is just about Democrats winning elections:

Geist did not push back on the fact that blowing up the filibuster would literally be breaking a Senate norm.

“That, they believe, is a way that societies lose democracy. The Republican Party, its grand history gone with the obeisance to Donald Trump, is heading in that direction,” Schumer added.

“So have you conceded that Joe Manchin will not get rid of the filibuster as he has said many many times? And if you have, how do you get voting rights through?” Geist did ask.

“Well, we’re not conceding anything. This is too important to just concede,” Schumer replied.

“Do you think you can convince Senator Manchin?”

Schumer went on to say that the strategy included multiple meetings with Manchin and Sinema.

“There are constant meetings. Not just among a few senators, but just about every senator, every single one of the 50, is talking individually to Joe Manchin, to Kyrsten Sinema,” he said.

“They’re saying things like, ‘I’ll lose my election if the legislature is allowed to do this in my state. We’ll lose our majority but, more importantly, we’ll lose our democracy.’ And those speakers yesterday I mentioned were very powerful. So we’re having constant discussions,” he said.

“We’re actively discussing potential changes in the rules that hopefully can get all 50 of us there. Do I want to delude people and think it’s easy or almost there? No. It’s an uphill fight. But we’re constantly at it. Manchin and Sinema are still talking to us, all of us, on a very regular intense basis, and we are going to keep fighting and pushing in hopes that we can get this done. It is too important to drop,” Schumer continued. 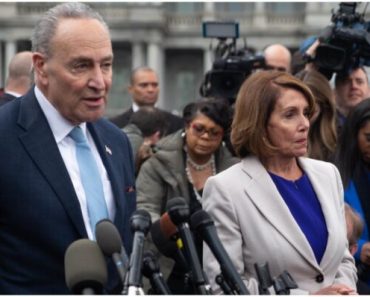