Florida Gov. Ron DeSantis says he’s been good for his state and his party, and provided a major update Friday on why he believes that.

According to the GOP governor, for the first time in the history of the Sunshine State, registered Republican voters outnumber registered Democratic voters.

“When I got elected governor, we had 280,000 more registered Democrats than Republicans in the state of Florida. Today, and it will probably be fully publicized very soon, for the first time in the history of Florida we have overtaken Democrats,” he told the National Conference of State Legislatures.

“There are more registered Republicans in Florida than Democrats.”

The crowd applauded Gov. DeSantis, who then joked that Republicans would have won the tightly contested New Jersey gubernatorial race if the state’s Republicans hadn’t moved to Florida.

DeSantis explained that Republicans are fleeing to Florida to escape coronavirus restrictions, lawlessness, crime, and other factors.

DeSantis also explained that Democrats have not governed well in the parts of the country they control.

“Once these areas go deep blue they get destroyed,” DeSantis said. “How many places that are deep blue are well governed in this country? Can you name me some?

“Tell me where you can find this success story of ‘woke progressivism’ imposed on a people,” the governor added. “I don’t see it.”

“In 2008, assisted both by the campaign of former President Barack Obama and his popularity, Florida Democrats had an advantage of nearly 700,000 voters over registered Republicans,” the Miami Herald reported.

“But every year since 2012, the gap between registered Democrats and Republicans has narrowed. As of this September, Democrats only had about 24,000 more voters registered,” the paper added.

“The Republican Party of Florida’s executive director, Helen Aguirre Ferré, said on Friday that the governor’s policies have pushed people to the party. She also said previously that Democrats’ messaging has driven voters to Republicans, especially Hispanic voters as of late who have concerns about socialism,” said the paper.

“The level of enthusiasm in support of registering Republicans is unprecedented, and this is a true milestone moment in Florida’s history,” Ferré said.

Earlier, a report noted that the Democratic Governor’s Association will not spend resources trying to defeat DeSantis next year because he is viewed by the organization as unbeatable.

“The Democratic Governors Association has no plans to give significant financial help to Florida Democrats as they seek to unseat Gov. Ron DeSantis in 2022, a major setback that will make it harder for challengers to take on the popular Republican,” Politico reported.

“The DGA, which spent more than $15 million in Florida over the past two gubernatorial election cycles, is starting to deprioritize the state and is expected to have a much smaller footprint during the midterms, said two Florida Democratic consultants who have been in contact with the DGA,” the outlet continued.

“The perception that DeSantis is unbeatable has left national Democratic groups like the DGA to weigh whether they should spend resources in Florida, a hugely expensive state with 10 media markets, or use that cash to help incumbents in cheaper states,” Politico added. 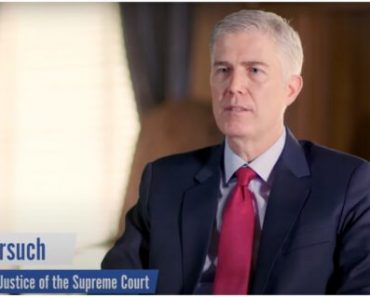