Ricky Gervais, responding on Twitter to a fan who jokes (or hoped) that Gervais had been chosen to host the 2022 Oscars, fired off what might have been his best response and insult directed toward the Hollywood elites yet. He said:

I’d start with “Hello. I hope this show helps cheer up the ordinary people watching at home. If you’re unemployed for example, take some comfort in the fact that even if you had a job, your salary probably wouldn’t be as much as the goody bag all the actors have just been given.”

RT if you wish @rickygervais was hosting the #Oscars tonight.

Boom. It was a brilliant, a spot-on attack on the completely out of touch elites that have done so much to wreck America for the middle class and working men while living in their palatial estates.

But wait, there’s more! He followed that up with a second scathing response, this one hitting the diversity insanity that has taken over Hollywood. Hitting that he said:

“I’m proud to announce that this is the most diverse and progressive Oscars ever. Looking out I see people from all walks of life. Every demographic under the sun. Except poor people, obviously. Fuck them.”

“I’m proud to announce that this is the most diverse and progressive Oscars ever. Looking out I see people from all walks of life. Every demographic under the sun. Except poor people, obviously. Fuck them.”

Yet again, another spot-on attack: to the Hollywood elites that constantly prattle on about diversity don’t actually care about that issue, just as they obviously don’t care about “climate change” when they fly around in their gas-guzzling private jets or sail around the world in even more fuel-thirsty yachts.

What matters to them is the appearance of diversity, climate change worry, or whatever other issue is the virtue signalling topic de jure. Hence why they go on about diversity while remaining nice and rich, keeping out all the poor people or others.

The Oscars is hardly an open to all event, after all. But, by giving off the appearance of diversity, they get to think they’re virtuous while not really doing anything to help people.

If only Gervais had been there to give his speech in person! Unfortunately he wasn’t, as he didn’t think they’d let him tell his own jokes, as he complained about while on “The View,” saying:

“I might be allowed to host it, if I did what I was told, there’s the rub, the good thing at the Globes, they said I could write my own jokes, say what I want and not rehearse and that’s just too good for a comedian to turn down but I don’t think Oscars would ever allow me that freedom.

Rightly so, I think they would be mad. If they did, I’d do it. If they said that, I’d definitely do it. I’d do it for free if they said I could do that.”

Though just speculation, he was likely right given his skewering of the elites during his speech at the Golden Globes.

Unfortunately, Gervais wasn’t around to tweet about the nonsense either: when a fan called on him to keep up his savage tweets during the event, he said he wouldn’t be able to because he’d be asleep:

😂😂 Can you do more of these tweets during the Oscars?

An understandable decision, but an unfortunate one given the Will Smith/Chris Rock fiasco. 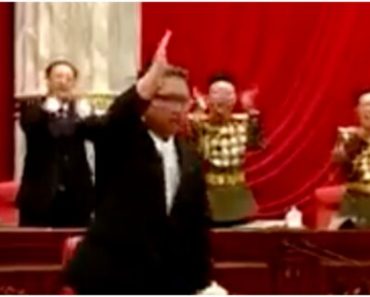