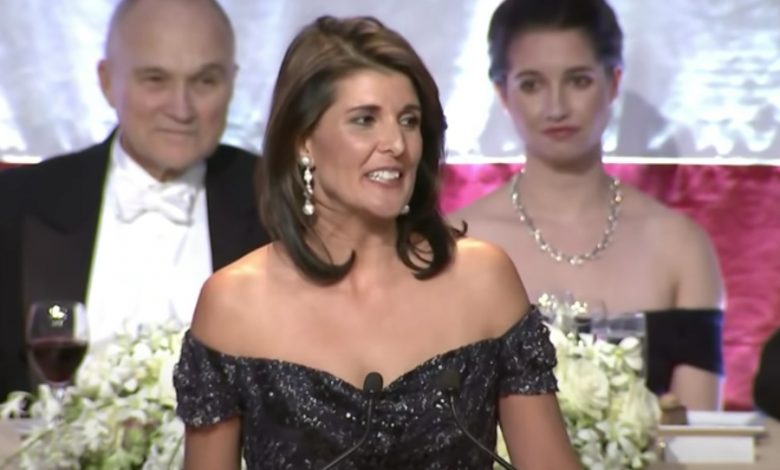 The former UN Ambassador was considered a good choice for the GOP. Well, that’s what she thought.

“Lindsey Graham is making this pitch for Nikki Haley and he’s calling around to people to ask if they will meet with her,” said Richard Baris, director of Big Data Poll.

“These donors are angry and they do not want to sit down with Nikki Haley,” he said.

“I guess she forgot to mention this to Politico,” Baris added.

Baris mentioned Haley’s interview with Politico Magazine in January. She blames former President Donald Trump for the riots in the Capitol. As if that’s not all, Haley also said she had broken every tie with Trump. Wonder why? She thought it was a good political move.

“We need to acknowledge he let us down,” Haley told the outlet in a lengthy piece published Friday.

Haley also said she never bite into Trump’s claims that the presidential election was rigged. Did she try to lead Trump away from these claims? “No. When he was talking about that, I didn’t address it.”

“I understand the president. I understand that genuinely, to his core, he believes he was wronged,” Haley added. “This is not him making it up.”

Well, Time magazine released a long piece filled with details of the process, explaining how it was supposed to protect democracy from the former President.

Haley also criticized Trump for his mention of Vice President Mike Pence. Time wrote about this, too.

“When I tell you I’m angry, it’s an understatement,” Haley told Politico. “I am so disappointed in the fact that [despite] the loyalty and friendship he had with Mike Pence, that he would do that to him. Like, I’m disgusted by it.”

Trump’s loyal supporters are shocked. Haley and other members of the GOP’s RINO class have lost their minds. Completely.

Baris said his sources tell him Haley, Graham, and other establishment Republicans have been planning for more than a year how to break the GOP away from President Trump.

Nikki will never be a candidate. She should get used to the idea before she cracks just like Nancy Pelosi.