According to a new report, White House staff members reportedly skip President Joe Biden’s press conferences and speeches because they are so afraid of what he will say.

Biden’s continuous lies, gaffes, misstatements, slurred words and off script rants are becoming so bad that the staffers are reportedly “filled with anxiety” and save their mental health by tuning him out during live events.

When Biden gives public remarks, some White House staffers will either mute him or turn off his remarks, according to White House officials.

It’s not that they’re indifferent to what their boss has to say. Indeed, their livelihoods are directly invested in it. Rather, they’re filled with anxiety that he’s going to take questions from the press and veer off the West Wing’s carefully orchestrated messaging.

“I know people who habitually don’t watch it live for that reason,” said one current official.

The 2020 election may have proved Biden’s point. But lately, his verbal miscues have been causing headaches for him and his team. Biden has delivered several self-inflicted wounds during freewheeling Q&A sessions that required immediate clean-up. On Afghanistan, he told reporters that a Taliban takeover of the country was “highly unlikely,” said Al Qaeda was “gone” from Afghanistan when it wasn’t, and declared that he’d seen “no question of our credibility” from allies when there had been a lot.

Biden has even flubbed scripted remarks, such as when he said the administration had evacuated 90 percent of Americans from Afghanistan when he was supposed to say 98 percent.

One recent example of Biden completely embarrassing his staffers at a public event came when he claimed that he visited the Tree of Life synagogue in Pittsburgh after a white supremacist terrorist attack that killed 11 people in 2018.

“I remember spending time at the, you know, uh, going to, uh, the, uh, you know, the Tree of Life synagogue, speaking with them,” Biden said during remarks while speaking with Jewish leaders, later clarifying that he was talking about the attacks in Pittsburgh at the site of the synagogue.

“Barb Feige, executive director of the Tree of Life, said that Biden did not visit the synagogue in the nearly three years since the anti-Semitic attack,” the New York Post reported. “In a phone interview, Feige, executive director since July 2019, said firmly that ‘no’ Biden didn’t visit, even before taking office when he had a lower public profile as a former vice president and then-Democratic presidential candidate.”

Here’s Joe Biden talking about visiting Tree of Life synagogue after the massacre there. The executive director of the synagogue says Biden is lying — he never visited. Totally normal. pic.twitter.com/GcFjU2u50i 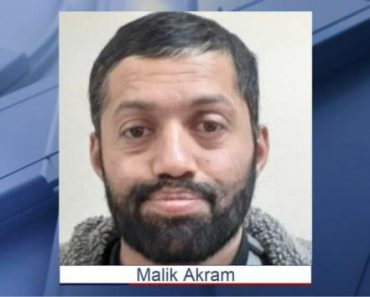