Fox News host Mark Levin blasted Democrats during his Sunday evening show for increasingly using “soft tyranny” and groups like Black Lives Matter and Antifa as their “militia wing” to force their will on more and more Americans.

During his opening monologue, Levin said that Democrats who are currently in charge continue to encroach on Americans’ individual liberties and are “getting increasingly more aggressive” where they dominate politically.

“You see the demands when it comes to vaccines. You see bureaucrats shutting down businesses purposely,” he said.

Levin went on to rip President Joe Biden and his administration for ignoring a Supreme Court ruling in which a majority of justices found the Centers for Disease Control and Prevention’s moratorium on evictions unconstitutional. He also blasted Biden’s immigration policies, specifically for allowing thousands of migrants to enter the U.S. illegally who are positive for COVID-19 even as new cases spike across the U.S.

“You see Democrats and Republicans in Congress getting together on an infrastructure bill. Twenty-seven hundred pages, $1.2 trillion dollars,” Levin added, reserving some criticism as well for the GOP.

“You have people on television, so-called Republicans, promoting it who have no idea what’s in it and all the social manipulation and social engineering that they attach to these spending bills,” he said.

“We have tyranny by the executive branch. They don’t want to know what we think. They don’t ask for our input,” Levin said.

” We have a House of Representatives where the Speaker of the House rules like she’s some kind of a fascist,” he continued. ” She has proxy voting so members don’t have to show up. They don’t even have to show up.”

He went on to criticize public schools and colleges, corporate heads, and other pillars of society that are adopting anti-American themes and pushing anti-American agendas before returning to Democrats.

“You have Black Lives Matter and Antifa — I look at these as the militia wing now of the Democrat Party,” said Levin. “What am I talking about? In these autocratic regimes, in these Marxist, fascist regimes, what do they have? They have their thugs.

“And all through last summer, their thugs were burning cities, attacking cops, assaulting people, killing people, and the media supported it,” he said.

“The media celebrated it. Their candidate for president could barely utter words that it was a bad idea.”

“Their vice-presidential candidate, Kamala Harris, she was helping support a movement to get these people off,” he said, referencing then-Sen. Harris touting a Minnesota fund that raised money to bail out rioters in that city who responded with violence and other illegal behavior following the death of George Floyd.

“Now, this is not a constitutional republic when this sort of thing is happening,” Levin went on to say.

“They have one-party systems. Look at California, look at New York, look at Illinois, look at some of these other states….that’s going to be America if they get their way.” 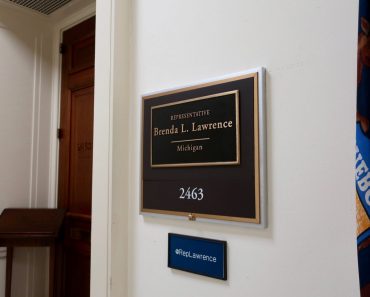