The federal government, that bloated DC bureaucracy, that center of massive spending and outcomes that are rarely, if ever, positive, has gotten far too big. It does much, but little of it well, spending money like there’s no tomorrow while achieving little, racking up a massive mountain of debt and inflating the currency away to nothing for no corresponding gain of note.

Yet worse, much of what it’s doing is unconstitutional; federal agencies of dubious constitutionality rule over the American people like eastern despots while the rules they promulgate crush small businesses under a mountain of paperwork or make whatever problem they’re meant to “solve” even worse.

So, what’s to be done? According to Rep. Andy Biggs in an interview with Just the News, it’s time to “pull that plug.” In his words, “there’s no constitutional authority” for the Department of Education “and everything that it was designed to accomplish,” so we need to “pull that plug” and delete it wholesale.

While controversial, that idea of his to get rid of the Department of Education was just the beginning of his planned attack against the federal bureaucracy, something he described as the “fourth branch of government.” He also called for eradicating OSHA. saying:

“You have to have safety measures. Well, Arizona’s safety measures were more stringent and protected more and better than the federal standards. OSHA sued Arizona, said, ‘No, you’ve got to implement our standards.’

Well, we said, ‘Look, ours are better.’ Doesn’t matter. They want you to implement their standards. It’s time to remove OSHA out of the picture. So that’s one way to start ratcheting down.”

And while his main attacks were reviewed for those sprawling federal entities, he also went on the attack against the Paycheck Protection Program, which he said was almost certainly rife with fraud, massive as it was with almost no safeguards of note on who was taking the money provided by it. In his words:

In sum, Rep. Biggs’ assault was against the federal government’s spending problem, a problem he attributed to both Republicans and Democrats,

That problem is a huge one, having handed the US a mountain of debt that will burden future generations while providing little in return other than the temporary effect of buying off voters and the paying of bureaucrats to make the lives of producers more difficult.

Speaking on that debt problem, the problem at the core of his interview topics, Rep. Biggs said:

“It requires some hard choices, tough decisions, and you do it on the records people see. I think if we get sucked into this monetary theory garbage we will be in real trouble. I mean, I look at Greece. They were like 118% debt to GDP ratio. Ours is probably somewhere in that neighborhood, maybe a little bit higher.”

America has a debt problem. Perhaps Biggs’ solutions, radical as they are, are the way out of it. 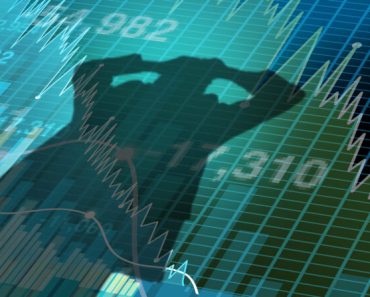