What happens when a Democrat regime replaces a Republican administration is that you go from a Kayleigh McEnany to a Jen Psaki. One woman is beautiful and speaks facts to the American public, while the other is ugly inside and out (and also lies through her teeth).

If you think that the statement above is false, we have some oceanfront property in Missouri we’d like to sell you.

Without further adieu, here’s Biden Press Secretary Psaki not being able to name a single foreign policy achievement of the man for whom she works.

Think about that for a second. Quite telling.

Psaki is asked what Biden’s biggest foreign policy achievement is and she doesn’t even name one pic.twitter.com/Tf0Se1PxIs

Since not even Psaki can name a Biden accomplishment, here are a few of his failures (just from year one in the White House)… 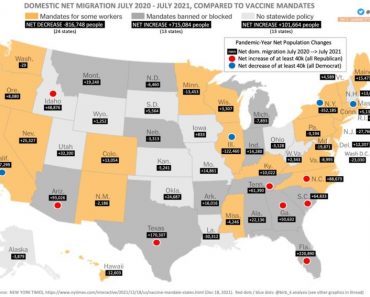