Home
Latest News
NYC Dem Candidate Is Anti-Cop Rapper Who Lights Up Twitter with His Rants
Prev Article Next Article
Share the Story :

A rapper who is running for the position of Democratic Brooklyn district leader has reportedly posted a series of offensive, anti-police social media posts.

Even as the Tweets were made public by the New York Post, Noah Westson, 37, published another Tweet on Sunday evening which said, “everything I said was accurate and I would say it again”.

The New York Post revealed the rapper, who goes by the stage name ‘Soul Khan’ has a long history of anti-cop rants about the NYPD. In some social media posts, Westson calls officers “f-ing pigs” and “sacks of sh—” for, according to him, failing to support the city’s homeless problem:

“The greatest threats in this city are Eric Adams and the NYPD” he commented on Saturday about a post in which cops cleared a homeless camp in the city.

The woke, white rapper then went on to call Adams a “morally grotesque piece of sh—”.

everything I said was accurate and I would say it again https://t.co/nnojS2X9bw

In rants which condemned cops for everything Weston could conjure, from supposedly spreading COVID to the poor by not wearing masks to apparently resorting to violent and racist attacks against the public, the rapper who is running for district leader in Brooklyn’s 46th Assembly District held nothing back.

“It is genuinely more productive to wipe your ass with money than to spend it on cops”, the political hopeful Tweeted in May.

“f– the f-ing pigs ‘til the day their misbegotten lives end abolish these ogrish sacks of s***,” read another post.

Just to make the Democratic rapper’s intentions very clear, after the sentencing of Derek Chauvin, who was sentenced to murder for killing black criminal George Floyd, Weston said the police must be completely abolished and not reformed:

“Bless the jury, f*** the pigs, and keep fighting [to] abolish, not reform,” he emphasized.

i asked a cop at 7/11 to put on his mask because he has a higher risk of getting and spreading covid and he said, in the most infantile tone, “I don’t want to.” they won’t even oblige that easy of a request. they do not give a fuck about anyone but themselves.

Weston, who identifies as ‘queer’ went on to suggest that he wishes to re-vamp the Democratic Party, apparently unhappy with the Joe Biden’s leadership and probably, like many Democrats, has a desire to infiltrate the party with even more radical policies.

“From the indifferences and broken promises of Joe Biden, to the callousness and cruelty of Mayor Eric Adams, the Democratic Party has failed us, and we deserve better,” said Weston in a video clip.

Bizarrely, the Democratic candidate also posted a series of Tweets about his failing mental health.

Dating back to Bernie Sanders’ election campaign, Weston’s posts suggest he was taking “pills” for his mental health problems, and encouraged people to vote for Bernie because of his Medicare policies:

“I’ve been thinking a lot about my daily routine, which usually includes taking a pill that keeps me from getting too hopeless…so a sad day doesn’t turn into my last.

“People like me need Medicare for all. The fact of the matter is that there is one person who has the vision and, yes, the plan to get us there and that’s Senator Bernie Sanders….Vote Bernie,” Weston Tweeted in 2020.

NYC Assembly primaries will be held on June 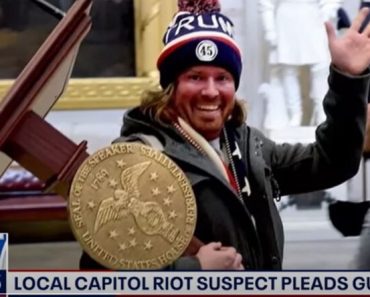