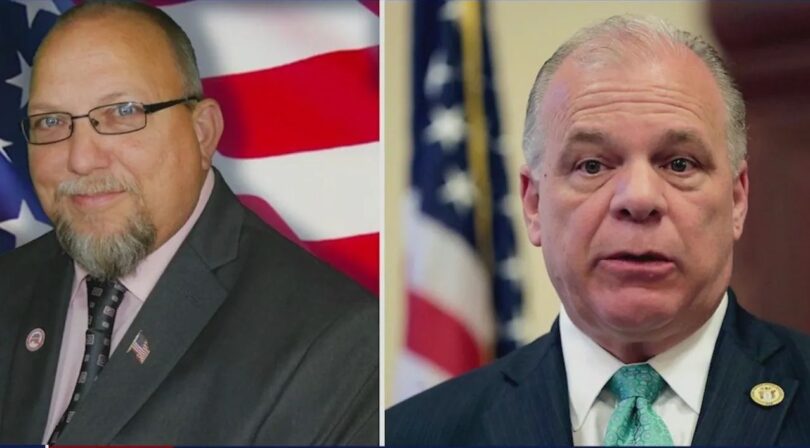 It’s not over ’til it’s over. At least if you’re in a corrupt state like New Jersey.

The inspiring story of Edward Durr, a trucker who ran an improbably successful campaign against long-time Democratic Senate President Steve Sweeney, has now taken on extra drama. The New Jersey Senate President is now up to the same old dirty Democrat tricks: Sweeney says that “12,000 ballots were recently found” in one county, thus making the outcome supposedly in doubt.

“The results from Tuesday’s election continue to come in, for instance there were 12,000 ballots recently found in one county,” Sweeney said in a statement on Monday. “While I am currently trailing in the race, we want to make sure every vote is counted. Our voters deserve that, and we will wait for the final results.”

Sweeney has refused to concede the race to Durr, who was slated by election watchers as having already attained victory. Sweeney was down more than 2,000 votes to Durr before he claimed that 12,000 more votes were found.

“Still, Sweeney has an extraordinarily narrow path to win a seventh term in the Senate,” the New Jersey Globe weighed in.

“Durr, a truck driver for the Raymour & Flanagan furniture store and a two-time unsuccessful Assembly candidate, spent just $153 on his campaign against Sweeney, the second-most powerful man in state government and the longest-serving legislative leader in New Jersey history,” the report notes.

“Sweeney’s possible defeat from the $153-dollar-man comes four years after the New Jersey Education Association spent $5 million to unseat him in a race that hit the $20 million mark,” the Globe adds.

While Durr has been called the $153-dollar-man, the phrase is a bit apocryphal, as the candidate concedes. New Jersey is so slow to update its campaign finance reporting that it has merely shown he spent $153. In actuality, he spent more, but less than $10,000.

“You guys go in on the New Jersey Elect, obviously, and you find $153 filed. Well, that was back in May, June. That shows how behind New Jersey government is on keeping things updated,” Durr said.

Meanwhile, numerous Election Day hijinx has struck the swamp-filled Garden State in the race between incumbent Democrat Phil Murphy and Republican challenger Jack Ciattarelli. The GOP candidate saw a 42,000 vote lead evaporate in the late hours of Election Night, when 40,000 absentee votes were suddenly ‘discovered’ in Bergen County after 100% of the votes were said to be reported.

Jack Ciattarelli, likewise, has refused to concede his race against Murphy.

“This race is far from over,” Ciattarelli said in a fundraising email. “Our team is making sure every legal vote is counted and the will of the people is heard loud and clear.”

There was also voting machine malfeasance in the New Jersey governor’s race. A reported 56 voting machines suddenly went down on Election Day and the votes on those machines were not even counted.

“Essex County Clerk Christopher Durkin says he has a lot of work ahead of him after the votes from 56 districts were not counted Tuesday night in the county,” News 12 reported.

“It’s a mix but they are mostly in Newark, in East Orange, Irvington, Maplewood, Montclair, the majority of those 56 districts,” says Durkin.

“Durkin says you can call it poll worker error,” News 12 reported. “There will be an investigation as to why it happened. He asks New Jersey residents not to jump to conclusions as to why the 56 voting machines were shut down last night without being counted first.”

“Those machines are at the polling places right now,” Durkin continued. “Those machines have to be brought back to the warehouse. A judge will issue an order for us to open those machines, retrieve the results and post those results.”

“But it doesn’t look like that will happen on Wednesday,” the report added.

“We need to compile a list of the results that are missing then need to schedule a hearing in front of a judge and then the judge issued the order and then we’re able to go and retrieve those results,” Durkin added.

Durkin attempted to reassure voters by saying that “issues like this happen in every election in every county,” although such a statement tends to have the opposite effect. “The fact that it’s 56 voting machines in such a close race has obviously magnified this situation,” he said. He said that he expects to have the districts’ results by Thursday night.

“The sooner, the better,” Durkin added.

There were other anomalies on election night, such as a case where over <a href=”https://beckernews.com/we-may-finally-have-an-explanation-for-why-nj-county-flipped-to-phil-murphy-with-100-reporting-42888/” target=”_blank” rel=”noopener”>40,000 votes were added</a> to Phil Murphy’s total in Bergen County after 100% of the votes were said to be reported. Such would be enough to tilt the New Jersey election, as the great majority of those votes went to Murphy in a county that Ciattarelli had been carrying comfortably all Election Day.

There were others who claimed that the electronic touch screens were not recording their attempted votes for Jack Ciattarelli. Watch:

Democratic incumbent governor Phil Murphy is projected to win re-election in a tight race, however, the fight is not over. Ciattarelli is rightfully fighting the results and may ultimately take it to court.

Murphy holds a less than 30,000-vote edge in a state that Biden carried by 16 points. Hopefully, Ciattarelli is able to get the legitimate votes counted and the illegitimate ones thrown out.  The race nonetheless portends disaster for the Democratic Party in the 2022 midterms, and should serve as a wake-up call to Republicans about the danger of voting machines in elections. 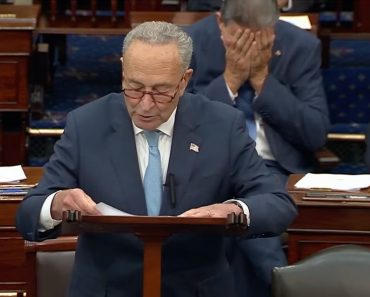