Hunter Biden, in a naked discussion with a prostitute, acknowledged that his illicit activities, particularly hookers and drugs, were fodder for blackmailing his powerful, high-profile father. Futthermore, he believed that one of the laptops that he owned was stolen by the Russians.

The footage was obtained in an exclusive by the Daily Mail. Watch (explicit):

A transcript of the conversation is provided below:

Hunter: ‘Anyway my computer, I had taken tons of like, just left like that cam on. And he would always put in a passcode and all that, you know what I mean? It was fu**ing crazy sh*t. And somebody stole it during that period of time. He did all this kind of like pretend search and sh*t.

‘The last thing he sent me was $2,000 worth of stuff in an Uber and he sent me a [inaudible] with the Uber, and I had to send the money to a cash app or something….just waiting

Hunter: ‘I think he’s the one that stole my computer. I think the three of them, the three guys that were like a little, like group. The dealer and his two guys, I took them everywhere. Fu**ing everywhere, crazy out of your mind sh*t.

‘The Russian [inaudible] she’d walk out with a fu**ing bathing suit in her hand.

Hooker: ‘How long ago did this happen?’

Hooker: ‘So it would have been out already if they-‘

Hunter: ‘No no no, because my dad [inaudible] running for president. He is, he is, he is. I talk about it all the time. If they do, he also knows I make like a gazillion dollars.’

Hooker: ‘They’d try to blackmail you?’

Hunter: ‘Yeah in some way yeah.’

The Daily Mail explains that Hunter Biden had a total of three laptops that contained evidence of his illegal activities:

Hunter Biden claimed Russians stole another one of his laptops for blackmail while he was close to overdosing in a Las Vegas hotel room, DailyMail.com can reveal.

The alleged incident would mean Hunter lost a total of three computers – the first abandoned at a Delaware computer store and the second seized by federal agents – each likely to hold sensitive information on President Joe Biden and the embarrassing pictures, videos and communications of his son.

The third laptop still appears to be missing – and was taken by Russian drug dealers after they partied with Hunter in Vegas, he told a prostitute in a conversation caught on camera.

This is the scandal that the media was conspiring so hard to pin on Donald Trump or one of his sons throughout the entire Trump presidency.

It turns out to be very real in the case of Joe Biden’s son Hunter. But don’t expect the Democrat-run media to care. Not only will they barely acknowledge the existence of such evidence, if at all, they will scheme to have it censored, such as during the 2020 presidential campaign.

As you recall, the Steele dossier, a composite oppo-research dump full of uncorroborated ‘bar room talk,’ contained a salacious accusation regarding Russian prostitutes, which was supposedly a reason Donald Trump could never be allowed to be president. The “dirty dossier” was also a primary basis for FBI-led spying on the Trump campaign. It was a national security risk, and so, the Deep State declared open season on the Trump campaign.

The same ‘journalists’ that howled about the Steele dossier are awfully silent now that Hunter Biden has provided documented, video-recorded evidence of this national security nightmare.

If this were the imaginary tape that showed Donald Trump instructing Russian prostitutes to urinate on a bed that Obama supposedly slept in, the news media would be running it non-stop on cable news. Those outlets that floated this demented rumor still haven’t retracted the claim, despite there being no evidence of it found after the multi-million dollar fishing expedition known as the Mueller investigation.

The American people don’t need a Mueller investigation to know that Hunter Biden’s son is a national security risk, the Russians and Chinese have blackmail material on him and his father, and that Joe Biden has already issued executive actions and instituted policies that benefit those nations, such as shutting down the Keystone XL pipeline, and removing objections to the Russians’ Nordstream 2 pipeline in Europe.

The Hunter Biden scandal is truly disturbing on many levels. But the most scandalous aspect of it all is the U.S. media’s handling of it.

Thus, this Hunter Biden video is more than a curiosity among ‘right-wing bloggers’ who want to pick on a poor, crack-addicted, highly privileged son of a president. It very well may be evidence that Biden’s counter-intuitive, self-destructuve policies have a plausible explanation in that he is effectively acting at the behest of the Russian and Chinese governments. 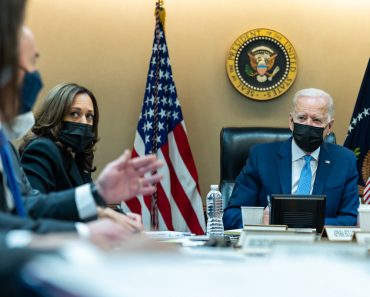 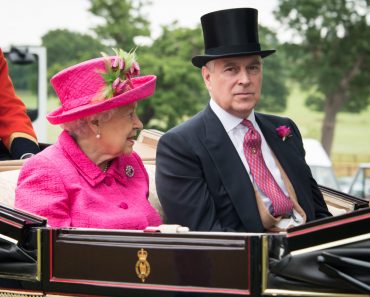