Judge Bruce Schroeder passed along a disturbing revelation in the Kyle Rittenhouse case on Thursday.

While Kenosha is once again on edge due to an escalating potential for riots, the judge explained an “extremely serious matter”affecting the Rittenhouse case.

“Last evening, a person who identified himself as James J. Morrison and who claimed that he was a producer with NBC news, employed for MSNBC… and under the supervision of someone named Irene Byon in NY for MSNBC,” the Judge began.

“The police stopped him because he was following at a distance of about a block,” he continued. “And went through a red light. Pulled him over and inquired of him what was going on.”

“And he gave that information. And he stated that he had been instructed by Ms. Byon to follow the jury bus,” the Judge added. “The matter is under further investigation at this point. That’s the latest I have.”

“He was ticketed for violating a traffic control signal,” he went on. “He’s not here today, from what I am told. I have instructed that nobody from MNSBC News will be permitted in this building for the duration of this trial. This is a very serious matter and I don’t know what the ultimate truth of it is, but absolutely it would go without much thinking that someone who is following a jury bus, that is a very, extremely serious matter,” the Judge concluded.

The judge subsequently banned MSNBC reporters from the court’s premises.

Judge Schroeder referred to the person tailing the jury bus by the name of James Morrison, although he is also known as Jamie Morrison. Morrison has been described as a ‘freelancer,’ but some believe he works for MSNBC News. According to Law and Crime, NBC News argued the police “were mistaken as to the individual’s intent.”

“While the traffic violation took place near the jury van, the freelancer never contacted or intended to contact the jurors during deliberations, and never photographed or intended to photograph them,” NBC News’s public relations team said in a ‘non-denial denial.’

Irene Min Joo Byon was found to be the NBC producer. After the judge named her in the trial, she ‘nuked‘ her LinkedIn account and her Twitter account (@mjbyon27.). 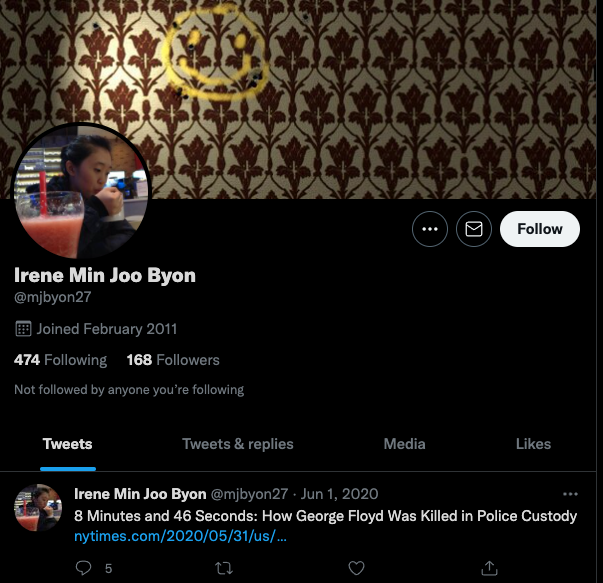 The last tweet that Becker News was able to independently uncover was a June 2020 tweet on the George Floyd trial. 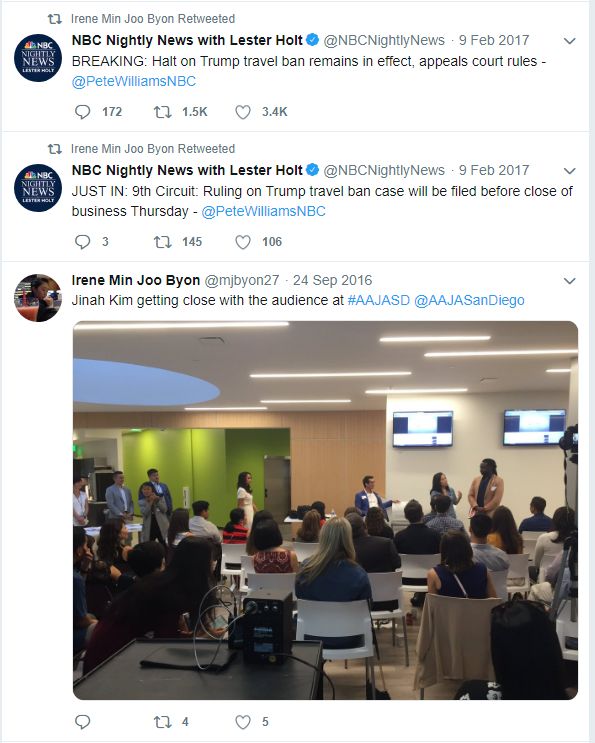 Irene Min Joo Byon was also interested in the Trump travel ban. She was active in the Asian American Journalists Association in San Diego and was mentored by an ABC 10 reporter named Virginia Cha. 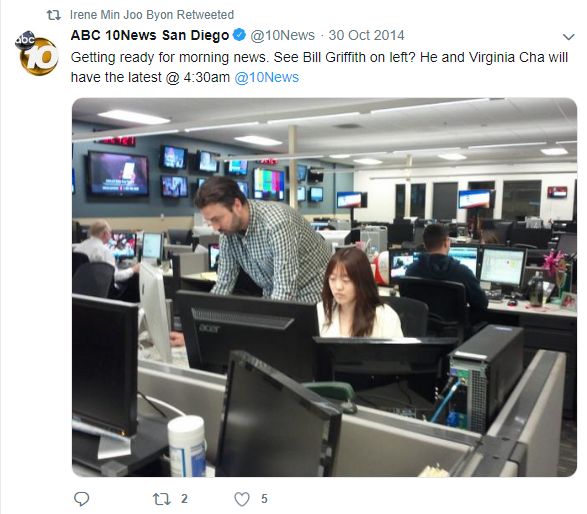 Irene Min Joo Byon was also a member of the Board of Directors for the AAJASD. 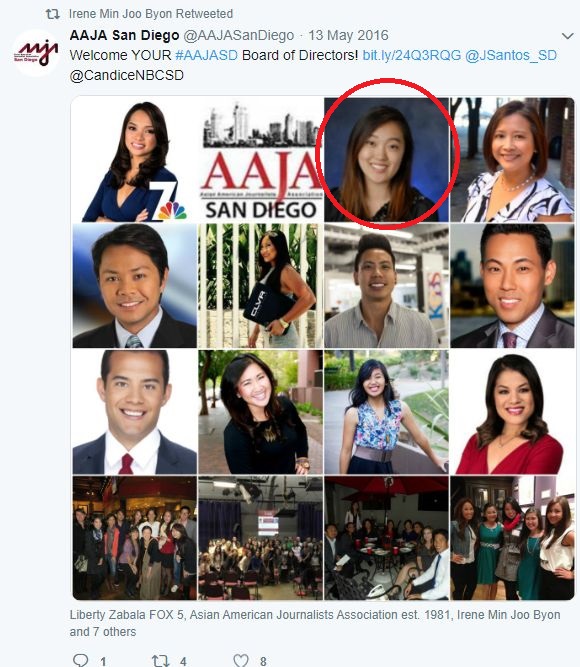 Irene Byon’s short bio can be seen below. It says that she “joined ABC10 News in September 2014 to work as a producer for 10News This Morning. Prior, she spent 10 months producing at KTSM-KDBC the NBC-CBS affiliated in El Paso and remotely producing KVEO the NBC affiliate in Brownsville.” 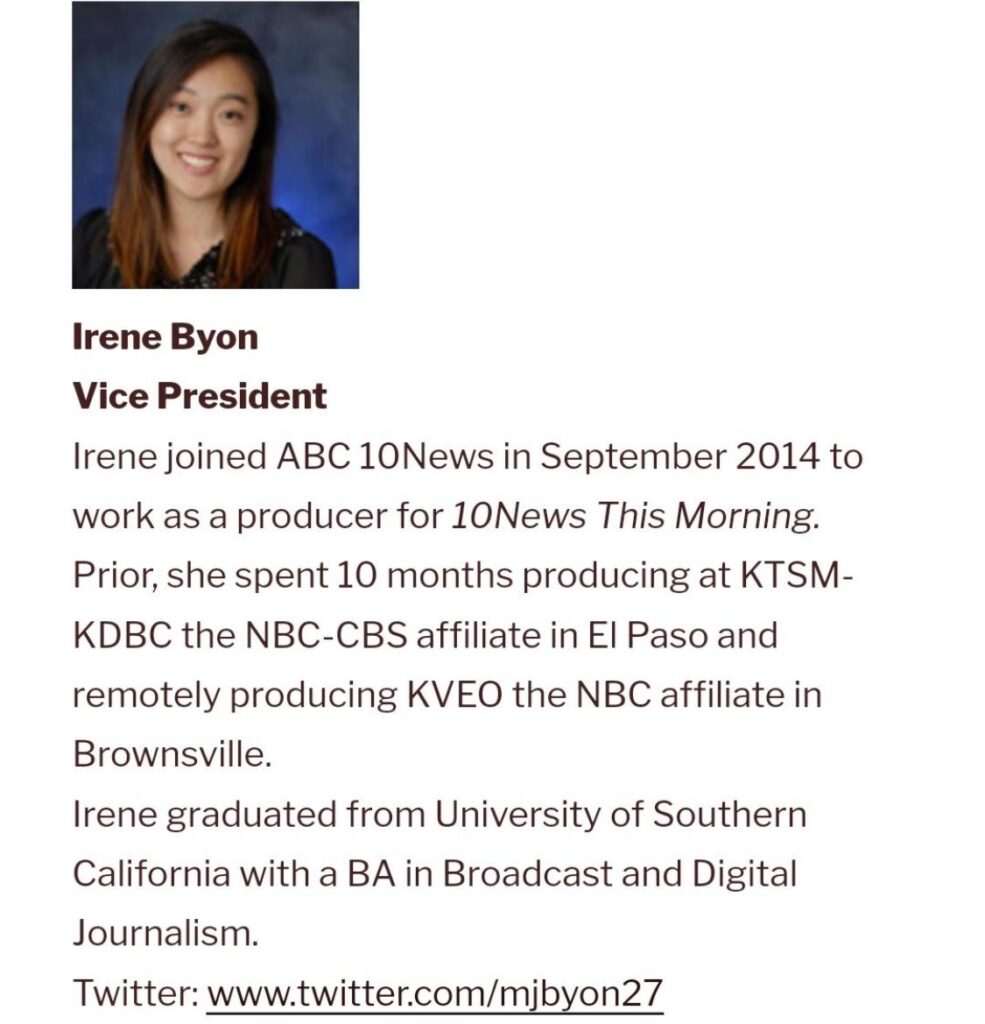 “Irene graduated from University of Southern California with a BA in Broadcast and Digital Journalism.” It then shows her Twitter link.

Here she is pictured with NBC7 San Diego’s news team in October 2019. 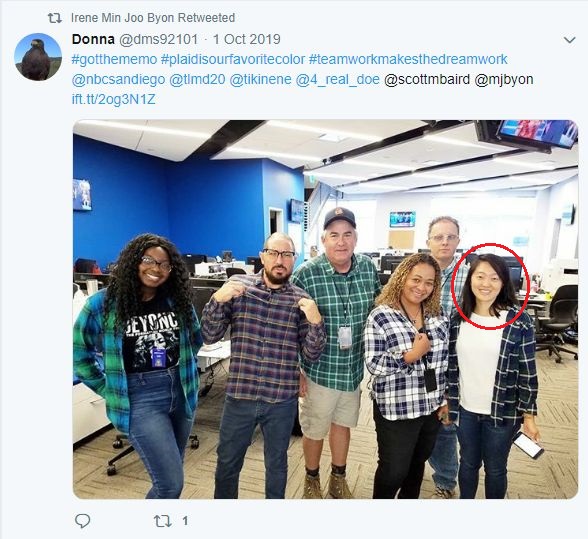 Irene Min Joo Byon even won first place for reporting at the Society of Professional Journalists San Diego Pro Chapter in 2020 for reporting on the “Deadly Leucadia Bluff Collapse” for NBC 7. 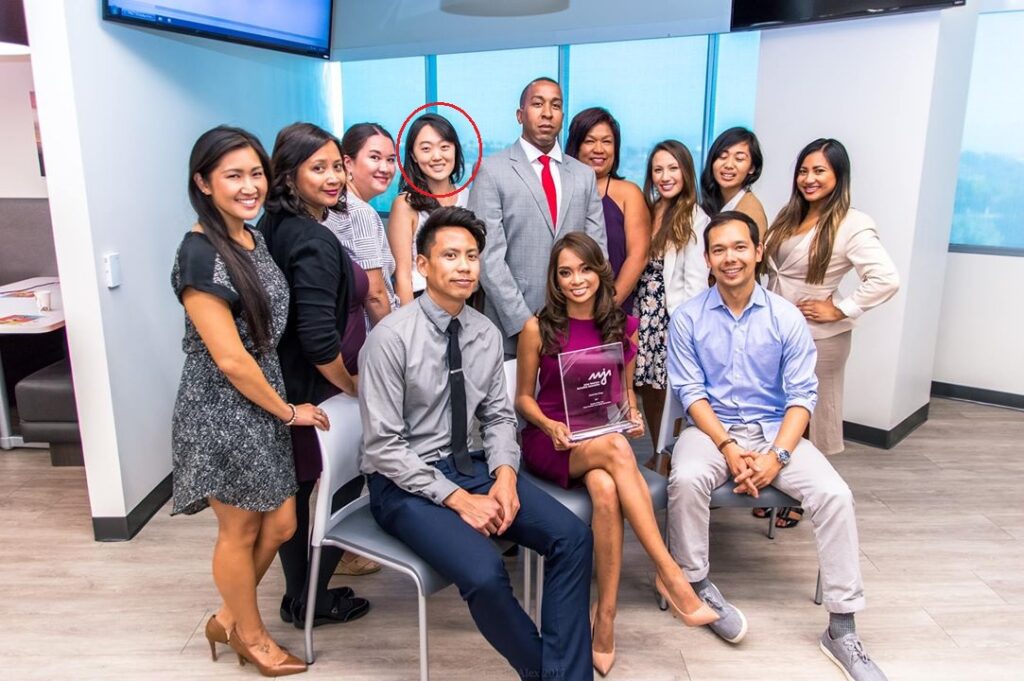 Judge Schroeder lambasted the media’s coverage of the Rittenhouse trial on Wednesday.

NBC Nightly News edits Judge Schroeder’s scathing criticism of the media and their “frightening” coverage of the Rittenhouse case. Reporter Gabe Gutierrez falsely suggested the judge was only talking about general “public criticism of the attorneys” on both sides. pic.twitter.com/rRLDV3QXtj

“NBC Nightly News edits Judge Schroeder’s scathing criticism of the media and their ‘frightening’ coverage of the Rittenhouse case,” MRC’s Nicholas Fondacaro notes. “Reporter Gabe Gutierrez falsely suggested the judge was only talking about general ‘public criticism of the attorneys’ on both sides.”

The judge is deliberating whether or not to rule the Rittenhouse case a “mistrial with prejudice” after the defense’s motion pointed out the state had withheld potentially exculpatory video evidence that could clear its client.

The defense team’s motion was shared by Human Events Senior Editor Jack Posobiec on late Tuesday night. It reveals the prosecutorial misconduct that would potentially lead to a “mistrial with prejudice.”

The motion argues that the state has “repeatedly violated instructions from the Court, acted in bad faith and intentionally provided technological evidence which was different from theirs.”

In closing, the motion stated that the “defendant respectfully requests the Court find “prosecutorial overreaching” existed, that “overreaching was intentional and in bad faith,” and thereby grant the defendant’s motion for a mistrial with prejudice. Such a mistrial would prevent a re-trial due to “double jeopardy.”

As earlier reported, there is a strong belief that the jurors are being intimidated. Reportedly, two of the jurors are afraid to come forward with their verdicts, citing “backlash,” according to Human Events Senior Editor Jack Posobiec, who says his source is a U.S. Marshal in Kenosha.

One prominent Minneapolis BLM activist named Cortez Rice, who was apparently close to George Floyd, said ominously that the jury is being watched.

The Rittenhouse case has become a tinderbox of racial and political tension due in large part to the slanted and dishonest media coverage. Radical journalists at left-wing outlets are once again attempting to fuel race riots.

But this brazen attempt by an MSNBC employee to learn more information about jurors crosses the line, and once again, threatens to cause a “mistrial with prejudice.”

While Kenosha is now a tinderbox of racial and political tensions, and with threats being made by Black Lives Matter activists against jurors, the network is seeking to expose those jurors and open them up to more direct intimidation.

Whether or n0t the MSNBC freelancer/employee Morrison was going to photograph the jurors, it is clear he was seeking information that could potentially lead to doxxing. This would throw the entire Rittenhouse case into chaos, and possibly threaten the lives and livelihoods of the jurors.

Radical agitators posing as journalists are risking the safety of Americans with their activist crusades. The judge was right to take action in this case by banning the network’s employees from the court’s premises. The journalists involved need to be held to higher standards; they need to report the news instead of trying to be the news. 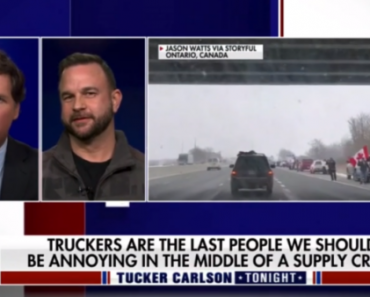