Ever think that the radical SJWs screaming at you for “using gendered language,” forgetting to use their made-up pronouns, supporting President Donald Trump, or supporting the police have a mental disorder and are probably insane?

Well, chances are, you were right. According to the results of an epic Pew Study, the majority of leftist women have mental issues. That’s right; over 50% of leftist women are actually insane.

The study, carried out in March 2020, was meant to study how the Covid pandemic and government policies related to it affected the lives and mental health of Americans. Overall, the study is about what you’d expect; Americans weren’t handling the lockdowns and other anti-social policies of the early Covid days well. No surprises there.

But, one aspect of the study that’s quite interesting is the breakdown of mental health issues across the political spectrum. As Evie magazine reports in a nice summary of the mental health results:

The study, which examined white liberals, moderates, and conservatives, both male and female, found that conservatives were far less likely to be diagnosed with mental health issues than those who identified as either liberal or even “very liberal.” What’s more, white women suffered the worst of all. White women, ages 18-29, who identified as liberal were given a mental health diagnosis from medical professionals at a rate of 56.3%, as compared to 28.4% in moderates and 27.3% in conservatives.

So, 56% of white liberal women are crazy and only 27% of conservative white women are. When you look at the difference between men and women, the results are even more shocking, as Zachary Goldberg highlighted on a very interesting Twitter thread:

1/n Two interesting findings thus far from my analysis of Pew’s March 2020 COVID-19 survey. First, white (and especially ‘very’) liberals are far more likely than all other ideological-racial subgroups to report being diagnosed with a mental health condition. pic.twitter.com/RynS9lk0jR

3/n We next turn to mean responses to this battery, which asks about the frequency at which respondents experienced specific mental health issues over the previous 7 days pic.twitter.com/2zisVK5ItD

9/n (and, not to mention, score lower on life satisfaction/happiness), I think at least some of this difference is genuine.

The thread goes on, but what’s clear from those posts alone, all of which faithfully summarize the results of the study, is that you’re probably right to think that the SJW woman screeching at you for whatever thing you supposedly did probably hasa few mental issues. 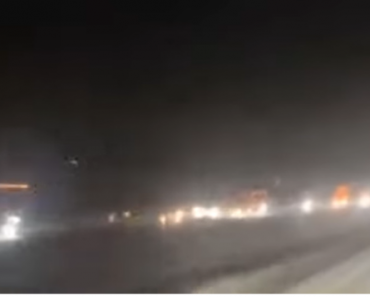