Home
Latest News
Less than a Third of Americans Trust Fauci for Information
Prev Article Next Article
Share the Story :

According to a recent poll, Americans don’t trust Fauci, the man who calls himself “the science” but funded the torturing of beagles and is unwilling to release his financial disclosures. Shocker.

That survey, conducted by Newsnation and Decision Desk HQ, polled about 1,000 registered voters about their thoughts on the pandemic, President Brandon’s response, and other, related questions.

One such related question was “When it comes to information about COVID-19, which of the following sources would you say you trust? Select all that apply.” Here were the options and results:

That’s right, Fauci, “the science” itself, the White House chief medical adviser and director of the National Institute of Allergy and Infectious Diseases, is only trusted by about 30% of the public. Even vast bureaucracies like the CDC are more trusted than him (~50% vs ~31%)!

Of course, Brandon and the media are trusted even less, with only 15.5% and 10.2% of the electorate trusting those two, respectively. But that’s to be expected; Brandon is less intelligent than a rotting canteloupe and the media hasn’t been exactly credible for quite a few years. Much as Brian “the Potato” Stelter might think he’s a serious person, he and his cronies are anything but.

However, Fauci is the highest-paid bureaucrat in the US. He’s been a fixture of the public health bureaucracy since the AIDS problem began. His entire authority stems from his credibility, which is apparently dropping faster than America’s approval of Team Brandon.

Trust in Fauci is likely declining because of what Breitbart described as “nearly two years of flip-flopping and obfuscating on a range of issues — from masking to funding gain-of-function research at the Wuhan lab.”

On issue after issue, he’s told us one thing only to later do a 180 and say the exact opposite, or at least changed his tune dramatically. Perhaps there’s a good reason for that; I’m sure he could come up with some reason why he was in the right to lie to us.

But Americans don’t like habitual liars. As a result, they are rapidly losing faith in Fauci, a man now viewed by many as little more than a Democrat operative. Senator Rand Paul, for example, said:

“[F]auci is a Democrat partisan. When he says it, he’s trying to deflect because what I was asking him about is this: He says that he is science and that if you question him or oppose him, you’re opposing science.

But this kind of arrogance also led him and Dr. Collins to say they would take a take-down of three epidemiologists who started the Great Barrington Declaration. They’re from Stanford, Oxford and Harvard. They called them fringe. They orchestrated a take-down campaign in the lay media, not in the scientific journals on the merits, but in the lay media.”

“And so, he didn’t want to answer my questions, so he accuses me of fomenting violence. But it’s a misdirection because he doesn’t want to accept that basically, he has become a political animal and that everything he does every day is to further his political agenda, not the science.”

If Fauci wanted Americans to trust him, he shouldn’t have lied to them. That much is quite obvious. 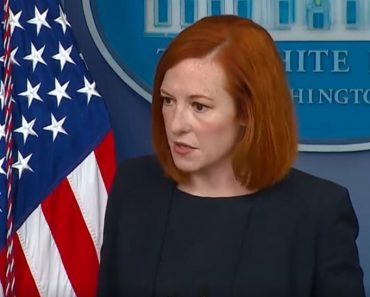