Conservative talk radio host Larry Elder, who is in a good position to knock off Democratic California Gov. Gavin Newsom during a recall election this month, responded after he and his security detail were attacked and assaulted in a Los Angeles neighborhood on Wednesday.

Elder, who has vowed to “save California” if he manages to knock of Newsom, was touring homeless encampments at Venice Beach with members of his campaign and his security detail when he was attacked.

Video posted to social media shows a pair of hecklers who repeatedly shouted racial slurs at Elder. Then, a white woman in a pink gorilla mask riding a bike appeared and threw an egg at Elder, narrowly missing his head.

Subsequent footage showed the woman taking a swing at one of Elder’s security personnel, slapping him in the face. Another protester also hit the same security member a few seconds later, before a white SUV approached and the candidate’s team ushered him into the vehicle before driving away.

White liberal in gorilla mask throws an egg at Larry Elder as he campaigns for the California recall. pic.twitter.com/XvEuqRV7hD

“Today I kicked off the Recall Express bus tour. Before we even left Los Angeles, my security detail was physically assaulted, shot with a pellet gun, and hit with projectiles. The intolerant left will not stop us. We will recall Gavin Newsom. We will save California,” Elder said in a statement on Twitter late Wednesday.

Elder decided to jump into the race in July.

He noted in a statement on his campaign site that he’s running for governor “because the decline of California isn’t the fault of its people.:

He added: “Our government is what’s ruining the Golden State.”

Newsom, in his first term, is facing recall after a growing number of Californians, including many in his own party, grew disenfranchised with his handling of the COVID-19 pandemic and other issues including rising crime and homelessness in his state.

The recall effort gained a lot of momentum after he was caught gathering and dining maskless in a fancy restaurant in the fall in defiance of his own orders keeping most restaurants shuttered and forbidding indoor dining. He later apologized but his action pushed the recall effort forward and eventually, organizers gathered enough signatures to get in on the ballot.

Last month, President Joe Biden publicly backed Newsom, saying in a statement that he the Democratic governor “is leading California through unprecedented crises—he’s a key partner in fighting the pandemic and helping build our economy back better.”

“To keep him on the job, registered voters should vote no on the recall election by 9/14 and keep California moving forward,” Biden added.

Also, Vice President Kamala Harris campaigned for Harris this week as his poll numbers declined and as Elder’s increased.

The California Republican Party has not endorsed a candidate, however, since there are a number of GOP candidates vying for Newsom’s seat. 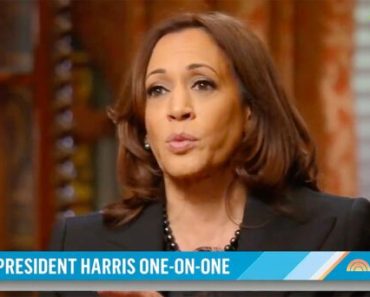