South Dakota Gov. Kristi Noem pushed back on Democrats and the Biden administration over claims that by allowing the annual massive motorcycle rally at Sturgis to occur and by keeping her state open amid a COVID resurgence.

The GOP told Fox News she found it “interesting” that Democrats who back “abortion on demand” are accusing pro-life Republicans like her of “embracing death” over upholding the rights and freedoms of the state’s citizens.

“I think it’s interesting that this side, this political party, the Democrats, who embrace getting abortion on demand, are accusing us of embracing death when we’re just allowing people to make personal choices and have personal responsibility over when they want to assemble, when they want to gather and spend time outdoors enjoying their way of life,” Noem said.

“So we’ve had a fantastic event here in South Dakota. The rally will end … Sunday, I guess … and they’re having a fantastic time. We’re glad everybody made the trip to South Dakota,” she said.

Estimates put the crowd for the event this year at around 700,000 — or about three times as many people as those who came last year.

Last week ad the event kicked off, Noem wowed the crowds by first riding in on a horse carrying an American flag and later, a motorcycle where she then led a ride to a local monument.

The rally drew the ire of Dr. Anthony Fauci, who said he feared the event would become a superspreader, though he never offered similar criticism of a large birthday party former President Barack Obama threw for himself at his Martha’s Vineyard estate in which hundreds of people gathered without wearing masks or socially distancing.

“I was not surprised to see Dr. Fauci pick on Sturgis,” said Noem, who never locked down her state during the pandemic, in an interview with local media.

She also dragged Fauci for remaining largely silent over the Biden administration’s lax border enforcement policies, which have allowed thousands of illegal immigrants into the country who have tested positive for the virus.

“He picked on it last year, this rally as well, and honestly, I wish he cared more about the southern border and what we have going on there with a lot of COVID virus cases coming across the border that are not being isolated and taken care of,” Noem said.

Reports last week noted that migrants who test positive are offered quarantine rooms but many are simply released into communities and towns. Officials in McAllen, Texas, reported last week that some 7,000 migrants who have tested positive for the virus have been released in their city.

In an interview Sunday with “Meet the Press,” Fauci said he is “very concerned…that we’re going to see another surge related to that rally.”

“I mean, to me it’s understandable that people want to do the kinds of things they want to do. They want their freedom to do that,” he continued.

“But there comes a time when you’re dealing with a public health crisis that could involve you, your family, and everyone else, that something supersedes that need to do exactly what you want to do,” the Biden administration medical adviser added.

Noem repeated earlier ‘hands-off’ positions she has taken throughout the pandemic in which she has mostly allowed local communities to address it how they see fit.

“I don’t believe that governors have the authority to tell people that they have to shut down their businesses and they have to shelter in place and to pass mandates on,” said Noem to KOTA.

“That should be used for personal responsibility and I’ve told the folks in South Dakota all the time that I will give them all the information that I have to protect their health,” she noted further. 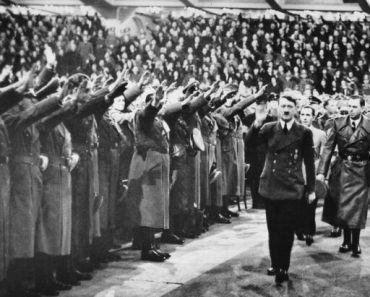