In a recent piece for Newsweek, JD Vance, author of Hillbilly Elegy and current Senate candidate, discussed why the government must stop treating leftist advocacy organizations operating under the guise of being non-profits as true charities. In his view, those leftist organizations should be taxed and treated much the same as any other company.

Mr. Vance begins by describing how the tax code, as it currently stands, tends to benefit “non-profits” that are really advocacy organizations:

“Mr. Biden’s proposals would encourage the wealthy to find new workarounds to reduce the amount of tax they or their heirs pay,” reported the New York Times. “Mr. Biden could have limited that workaround by proposing a cap on itemized deductions for high earners, as he did in the campaign, but such a plan was not included in his $4 trillion economic agenda introduced this spring.”

This makes little sense if you assume Biden’s tax policy is simply a way to raise revenue. But ask yourself who stands to benefit from this massive cash infusion, and it all becomes a little clearer. Among the biggest beneficiaries of left-wing donor money will be progressive advocacy organizations.

Mr. Vance then goes on to show what type of people the organizations are employing with that money, and in doing so shows that they’re not “charities,” as we usually think of them, but rather radical advocacy and harassment groups:

Last month, Arizona graduate student Sarra Tekola recorded a viral video of herself harassing two younger students. Their sin? Sitting while white…Tekola, it turned out, was not merely an impassioned student, but a fellow of the Ford Foundation, a longtime backer of progressive causes. This was not a casual disagreement among students, but a political attack made possible by one the most powerful institutions in America.

This is hardly uncommon for the Ford Foundation. The group’s fellowship email directory is used to harass anyone—inside or outside of the organization—who dares question leftist orthodoxy.

Next, Mr. Vance goes on to show that these so-called charities are, in reality, massive funds that might hold up to a trillion dollars in wealth, wealth that is used for the left:

While theoretically dedicated to charity, the president of the Ford Foundation, Darren Walker, has been on the board of some of America’s largest and wealthiest corporations, and collects well over $1 million a year in various forms of compensation. Meanwhile, the foundation he runs possesses $16 billion of assets. Left-wing activism pays very well, it turns out, so long as it’s packaged as charity.

The Ford Foundation is hardly alone…Others include the Gates Foundation, the Macarthur Foundation and the Harvard university endowment. Taken together, they represent well over $1 trillion in wealth, and that wealth is deployed in almost exclusively partisan ways.

But relatively little of the money, as Vance points out, is ever spent on charitable activities. Most of the money is retained in the fund or endowment and continues to grow, letting the “non-profits” amass ever-larger war chests with which they can influence companies and push them toward the left. The Ford Foundation, for example, earned $3.6 billion in on its $16 billion endowment. However,it spent just $1 billion of that endowment on charitable activities. The rest was retained and used to grow the Ford Foundation war chest.

Why can they do this? In Mr. Vance’s opinion, it’s because the tax structure is so favorable to them. As he puts it:

This is a troubling trend by itself, but the dirty little secret of this brand of well-endowed leftism is that it depends on a host of special favors from the government. Thanks to its endowment, Harvard operates as a hedge fund with a university on top. But the difference between Harvard’s endowment and any other hedge fund is that normal hedge funds pay substantial taxes and Harvard pays almost nothing. That’s right: when you call your hedge fund a charity, you get to pay your employees exorbitant salaries, accumulate billions in financial gains and then avoid any tax.

In the end, Mr. Vance proposes a solution some might see as radical, but he sees as perfectly sensible:

It is against this backdrop that I proposed we tax the assets of these foundations, and shrink their size over time…

…Here’s a simple proposal: any charitable organization with an endowment over $100 million must spend 20 percent of its endowment each year, or else it loses its 501c3 status and the preferential treatment of its income. This would allow colleges and other secular nonprofits to maintain an endowment without accumulating a war chest of money. And it would encourage “charities” to spend a little more time on their core mission and a little less time manipulating and influencing capital markets.

Rather than continue to let radical groups grow in size in resources, Mr. Vance plans on taxing them and forcing them to either act as the charities they claim to be or lose the tax status originally meant for charities.

Mr. Vance takes care to point out that other conservatives might disagree. However, in his view, it’s too late to keep clutching pearls and worrying. Now, he says, is the time for action:

The time for complaining has passed. The time for action is now. These organizations have declared war on America; now, we fight back. 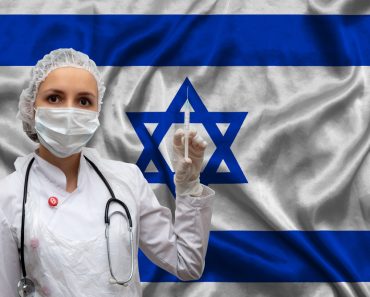