President Joe Biden will not be prioritizing “Americans first” during the emergency evacuation of Kabul after the Taliban took over the country of Afghanistan.

While speaking with Fox News on Sunday, Biden’s Pentagon press secretary John Kirby announced that Biden will not be prioritizing American citizens in Afghanistan over Afghans applying for visas.

According to the State Department and Defense Department, thousands of Americans are still in Afghanistan.

“Once we get more airlift out of Kabul, we’re going to put as many people on those planes as we can,” Kirby said to Fox News.

According to an anonymous source at the Defense Department who spoke to Fox News, the administration is considering fast-tracking some 30,000 Afghan nationals into the U.S., sending them to Fort McCoy in Monroe County, Wisconsin, and Fort Bliss in El Paso, Texas, using the Special Immigrant Visa (SIV) program.

The Biden administration, though, is seemingly expanding its intake of Afghans beyond those who would qualify for SIV status — typically interpreters and their family members — to include thousands who worked for military contractors, U.S.-based media outlets, or a non-governmental organization (NGO) in Afghanistan.

In July, the Biden administration resettled about 200 Afghan interpreters and their family members at Fort Lee in Prince George County, Virginia, before they are resettled across the U.S. An additional 2,500 Afghans and their families had been set to arrive in the U.S. while 4,000 were expected to be sent to third countries while awaiting their visa processing.

House Democrats and Republicans passed legislation that allows Afghans seeking SIVs to bypass standard medical exam requirements before they arrive in the U.S. Only 46 House Republicans opposed the plan.

Instead, Afghans can get medical exams after they land in the U.S.

Trapped Americans and American allies are begging for help after President Biden left them completely stranded after his abrupt removal of troops in Afghanistan.

On Sunday, the United States conducted an emergency evacuation of U.S. Embassy personnel after the Taliban quickly gained control of Afghanistan and Kabul. Unfortunately for many Americans and allies, Biden doesn’t appear to have a plan for their safe return.

“If you’re an American stranded in Afghanistan, or know one who is, please contact my office immediately: (501) 223-9081 or evac@cotton.senate.gov The situation is dire, but we’ll do everything in our power to help keep you informed and to help get you out,” tweeted Republican Senator Tom Cotton.

Liberal New York Times correspondent later confirmed Cotton’s tweet, saying, “Cotton spokesman says that their office has heard from multiple US citizens in Kabul trapped behind Taliban checkpoints, who can’t safely reach the US perimeter and have no clear option for what to do.” 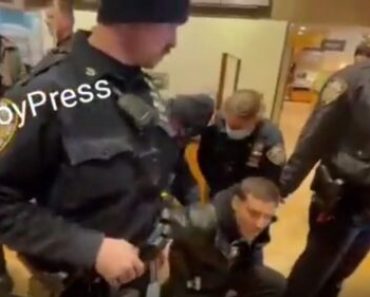