Bill Gates and Jeff Bezos have been slated as “hypocrites” for calling for action on climate change while reportedly partying on a mega yacht at a closed bay in Turkey.

Gates, co-founder of Microsoft, was spotted celebrating his 66th birthday in Fethiye with 50 guests last week, including Bezos, the Amazon founder, according to Daily Sabah, a Turkish news website. Gates has reportedly rented a 107-metre yacht, Lana, for more than €1 million a week.

And that’s not all. As NBC reports, Gates and his distinguished guests got to the carbon-belching yacht via helicopter:

Gates reportedly transported all 50 guests by helicopter, according to Daily Mail, and Bezos traveled to the event using a helicopter and speedboat.

Bezos later returned to his own yacht in Gökova by helicopter, a 120-mile round trip.

[…]Helicopters are known to produce a “disproportionate” amount of carbon dioxide and are significant sources of air pollution, according to Vertical.

People online were quick to call out the hypocrisy of Gates, Bezos, and other climate alarmists that fly around on private jets:

Bill Gates parties on a £1.5million PER WEEK super yacht that belches out 7000 tons of carbon per year

These minted frauds lecture us on a #ClimateEmergency? Get stuffed! pic.twitter.com/5jrt3Sm7au

Yachts, it should be noted, are probably the least environmentally friendly asset a billionaire can own. They’re even worse than the helicopters the oligarchs used to get to Gates’ rented yacht. As The Conversation put it:

a superyacht with a permanent crew, helicopter pad, submarines and pools emits about 7,020 tons of CO2 a year, according to our calculations, making it by the far worst asset to own from an environmental standpoint…

The average American emits about 20 tons of C02 a year, car and all. Assuming the yacht Gates rented was an average one (it wasn’t, it was larger), it emitted about as much in a single day (19.23 tons) as the average American does in an entire year. But still, Gates claims that we must change.

Even without the yacht, Gates emits far, far more carbon than the average person. The Conversation estimates that “his annual footprint [is] 7,493 metric tons of carbon, mostly from a lot of flying.” Sure, his carbon output is a full 374.65 times yours, but you’re the one that needs to change.

He’s sufficiently worried about pollution, so he gets to party on a yacht and jet-set around the world on his private plane, but the average American needs to eat fake meat and drive a hybrid to avoid climate disaster. Got it.

The same criticisms could be levelled against Bezos, who declares his commitment to fighting climate change while also splurging on a $500 million superyacht that has its own support yacht:

The Prince of Wales has been involved in fighting climate change and protecting our beautiful world far longer than most. We had a chance to discuss these important issues on the eve of #COP26 — looking for solutions to heal our world, and how the @BezosEarthFund can help. pic.twitter.com/7zBNnfCav7

This is Jeff Bezos’ new superyacht, according to reports.

This should be obvious, but if Jeff Bezos can afford a superyacht, he can afford to pay a #BillionairesIncomeTax on his annual wealth gains. pic.twitter.com/HisBr9j12N

The elites at the climate summit in Glasgow behaved much the same, travelling to the summit on some of the least efficient modes of travel known to man, mainly gas-guzzling private jets. As Fox described it:

Scores of high-rollers from around the world took private planes into Glasgow over the weekend for the COP26 summit, including Bezos, who has repeatedly claimed climate change is the “biggest threat” to the planet.

As with Gates’ yacht party, the Twitter mob couldn’t help but join in the criticism:

Every world leader or dignitary that arrives to @COP26 by private jet is an eco-hypocrite. Fact.

COP26 is a load of hypocritical garbage. The 30,000 climate alarmists flying in on their private jets and staying in luxury hotels while telling everyone else to give up meat, cars and gas boilers, can stick their New World Order where the Sun doesn’t shine. pic.twitter.com/laXBI6bWC4

The United Nations is using a talking dinosaur to urge poor African nations to not use fossil fuels while providing information to global elites about which airports in which they can land their private jets for next week’s climate change meeting pic.twitter.com/EolYI97c2t

Apparently, being invited to the conference gives you a free pass on having to actually change your daily behaviours to avert the “climate catastrophe” the conference attendees claim is imminent. While the West deindustrializes to meet carbon goals, the oligarchs will get to keep partying on their gas-guzzling superyachts and flying around on their private jets. 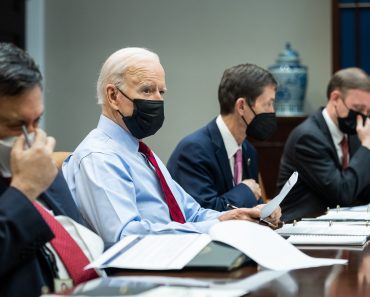 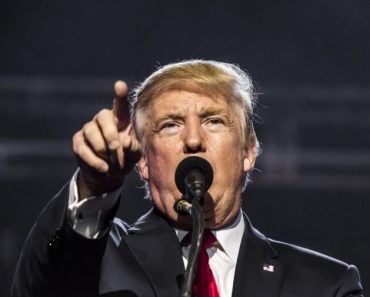