On Sunday, the Biden administration is expected to start expelling thousands of Haitian migrants back to Haiti after the migrants gathered at the southern border in Texas.

Biden, who is praised as an “empathetic, loving man” by the media, appears to not be empathetic at all considering he is telling these Haitian migrants to kick rocks.

Sources within U.S. Customs and Border Protection told Breitbart Texas that two flights will depart from the United States and carry more than 200 Haitian migrants back to their home country.

The source says some flights previously scheduled to remove the Haitians have been canceled for unknown reasons but expects this round of flights to continue as planned. The migrants will be taken from the makeshift camp under the Del Rio International Bridge and transported to a processing center in Eagle Pass, Texas. Once processed, the Haitian migrants will be manifested and turned over to ICE Air Operations Branch for their removal flights.

The situation at the southern border is getting so bad that Texas Governor Greg Abbott is bypassing President Biden and taking matters into his own hands.

On Thursday, Abbott took emergency action against illegal immigration as the state of Texas continues to be overran by “caravans” of illegal immigrants.

Abbott revealed that he had shut down six ports of entry between Mexico and the United States.

“The sheer negligence of the Biden Administration to do their job and secure the border is appalling. I have directed the Department of Public Safety and the Texas National Guard to surge personnel and vehicles to shut down six points of entry along the southern border to stop these caravans from overrunning our state,” Abbott said in a statement Thursday.

“The border crisis is so dire that the U.S. Customs and Border Protection is requesting our help as their agents are overwhelmed by the chaos. Unlike President Biden, the State of Texas remains committed to securing our border and protecting Americans,” Abbott continued.

Abbott explained that the Biden administration asked Texas at first to help in closing the border as illegal immigrants stormed through but reversed their request hours later.

“Six hours after U.S. Customs and Border Protection requested help from Texas to close ports of entry and secure the border, the Biden Administration has now flip-flopped to a different strategy that abandons border security and instead makes it easier for people to cross illegally and for cartels to exploit the border,” Abbott said in separate statement Thursday. “The Biden Administration is in complete disarray and is handling the border crisis as badly as the evacuation from Afghanistan. I have directed the Texas Department of Public Safety and the Texas National Guard to maintain their presence at and around ports of entry to deter crossings.” 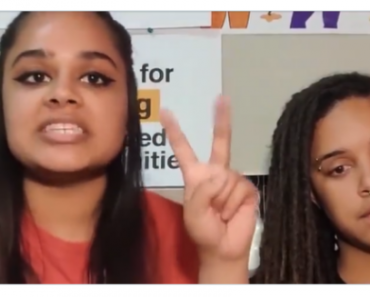