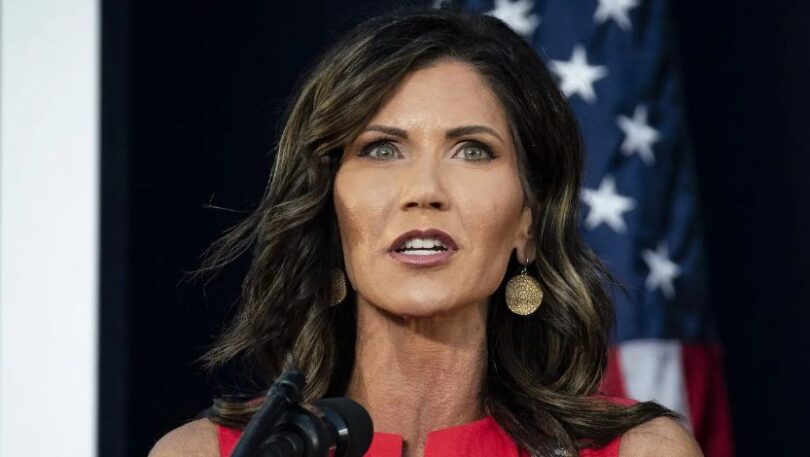 Governor Kristi Noem is joining in the fight against federal vaccine mandates, as she announced in a video on Thursday.

“From the very beginning, I’ve told President Biden that I would defend the freedom of the people of South Dakota and that if he took this action, that we would see him in court…The Constitution does not give them authority to take this type of action.”

Attorney General Jason Ravensborg’s office said Thursday afternoon that South Dakota has joined with Missouri and other states in the lawsuit against Biden’s federal vaccine mandate.

“Noem has used executive orders to bar any governmental entity in the state from requiring proof of COVID-19 vaccination for employees or otherwise, and to exempt state employees from federal vaccine mandates,” the Argus Leader points out.

“She’s also voiced opposition to efforts to prohibit private employers from requiring COVID-19 vaccinations for employees and customers, but indicated last month that she’s interested in legislation to bolster a private employee’s right to obtain a medical or religious exemption,” the report noted.

As earlier reported, twenty four states attorney generals threatened to sue the Biden administration in September, shortly after the White House announced the federal vaccine mandates. Two of those states have formally declared their lawsuits, with many more to come.