It will be 20 years since the deadliest terror attack on American soil will have been carried out. Two planes crashed into the World Trade Center buildings in Manhattan, another hurtled into the Pentagon, and the hijacked United Airlines Flight 93 was taken down by brave passengers. It would kill at least 2,977 civilians and scar the psyche of a nation.

The 9/11 attacks gave rise to the two costly U.S. military conflicts in the Middle East: The Iraq War, and the War in Afghanistan. The military conflict in Afghanistan became the ill-fated longest war in American history. Now that the U.S. has conducted an abrupt military withdrawal after two decades of fighting, the disastrous consequences are just beginning.

Islamic terrorists who were once held in Gitmo are going to be joining the newly forming Taliban government. The New York Post reported on the development.

“Four of the five Taliban members released from Guantanamo Bay by the Obama administration in 2014 in exchange for admitted US Army deserter Bowe Bergdahl are part of the Islamic fundamentalist group’s new hardline government in Afghanistan,” the Post reported, citing local media reports.

Meanwhile, U.S. enemies such as China and Russia are swooping into expand their own spheres of influence. The symbolic punctuation of the U.S. humiliation overseen by Commander-in-Chief Joe Biden will come on Saturday, when the Taliban is slated to host delegations from six nations to mark its government’s inauguration, as well as commemorate the 20-year anniversary of the attacks against the United States.

“Speaking about the symbolism of the War on Terror, the Taliban are planning to have their interim government inauguration ceremony on Saturday, September 11th, on the 20th anniversary of 9/11,” a former State Department official noted.

Six nations have been invited for the 9/11 inauguration: China, Russia, Pakistan, Qatar, Iran, and Turkey. China declined to answer questions about its invitation, but its designs on expanding its influence have begun in earnest, including efforts to assist the takeover of the former U.S. air base at Bagram.

“The Chinese military is currently conducting a feasibility study about the effect of sending workers, soldiers and other staff related to its foreign economic investment program known as the Belt and Road Initiative in the coming years to Bagram, according to a source briefed on the study by Chinese military officials, who spoke to U.S. News on the condition of anonymity,” the report added.

The Chinese are positioning themselves for the longer term, and would assist the Taliban at the behest of its government.

“Given their past experience, the Chinese must be eager to get their hands on whatever the U.S. has left at the base,” Yun Sun, director of the China Program at the Stimson Center think tank, told U.S. News.

“If the Taliban requests Chinese assistance, I think China will be inclined to send human support,” Sun added. “Most likely, they will frame it as technical support or logistic support. There are precedents of that regarding foreign military bases. But a Chinese takeover is unlikely,” she says.

U.S. President Biden conceded the international humiliation on Tuesday by saying that he was certain ‘China would try to work out an arrangement with the Taliban,’ U.S. News noted in a separate report.

“China has a real problem with the Taliban,” Biden claimed. “So they’re going to try to work out some arrangement with the Taliban, I’m sure. As does Pakistan, as does Russia, as does Iran. They’re all trying to figure out what do they do now.”

China’s and Russia’s aggressive forays into the chaotic power vacuum left by the U.S. withdrawal reveal that their leaders know exactly what to do. The only ones left ‘trying to figure out what to do now’ would be the rudderless United States under President Biden. 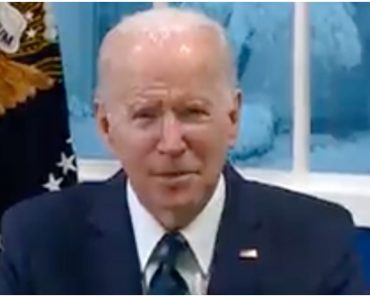 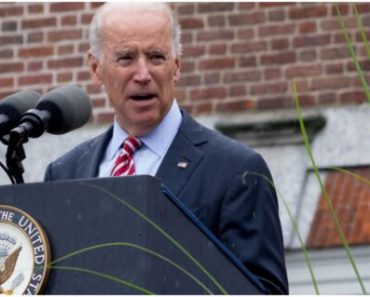