A former top economic adviser to then-President Donald Trump says he is greatly confused by the economic policies being pursued under President Joe Biden, indicating that they are self-destructive to the country.

At the same time, he called out left-leaning economists and others for refusing to step up and voice similar concerns about what is happening to the U.S. economy under Biden, as inflation rises to its highest level in decades, already massive government spending continues to grow, and Democrats are considering a raft of new taxes as well.

“I’m trying to think of the right word for what [President] Biden is doing…Biden-enomics is not negative enough. He’s really doing econo-cide. You know, he’s got a demand stimulus that’s as big as we’ve ever seen and then he’s whacking the heck out of supply,” said Hassett.

‘You know, he’s regulating firms, promising big tax hikes—you, know, we have the highest marginal tax rate in the whole developed world if they pass those tax hikes, and all of that is basically creating all this cash chasing supply but supply is going down so you see inflation. You know, people sort of say it’s looking like the 1970s but I actually think it could be worse than the 1970s, if you look at all these forces,” he continued.

“These are policy errors that are unlike anything that economists have ever seen. And finally, the last thought is: where are all the economists?” he asked.

“I mean Larry Summers, you were right to cite him, but the academy is just silent about this. They need to step up,” Hassett continued.

Earlier this week, the Labor Department announced that the Consumer Price Index rose 6.2 percent last month after months of 5%-plus levels of inflation, and Americans are getting the message.

Over 60% of Americans said that President Joe Biden’s policies were at least somewhat responsible for the accelerating inflation in the United States, said a survey released in the latter part of October.

A Politico/Morning Consult poll released Tuesday shows that around 40% of respondents said that the Biden administration’s policies were “very responsible” for higher inflation, while 22% said that they were “somewhat responsible.” The poll results come as inflation levels hit record highs and economists predict that inflation, along with supply chain shortages, could persist into 2022.

In addition to those who attributed higher inflation to Biden’s policies, 48% said that Americans returning to pre-pandemic behaviors was also a cause. Despite the seeming return to some type of normalcy, 47% said they thought the economy would get worse over the next year, compared to 33% who said it would get better.

The worsening economic situation in the country is also taking its toll on the Biden-Harris administration’s approval ratings.

A shocking new survey over the weekend found that support for Biden and Vice President Kamala Harris has completely cratered.

“A year before the 2022 midterm elections, Republicans hold a clear lead on the congressional ballot as President Joe Biden’s approval rating sinks to a new low of 38%,” the paper reported Sunday, adding that Harris’ approval rating is worse: Just 28%. 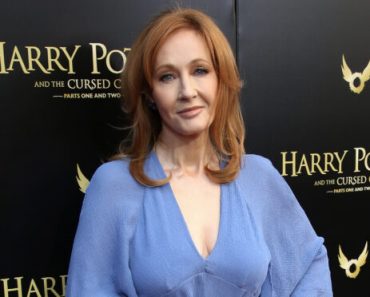