Former U.S. Secretary of State Colin Powell has died from “complications of Covid,” despite the 84-year-old being “fully vaccinated” for the virus. The news of the passing of the highly decorated veteran and high-ranking civil servant was reported by the New York Times.

“Colin L. Powell, who in four decades of public life served as the nation’s top soldier, diplomat and national security adviser, and whose speech at the United Nations in 2003 helped pave the way for the United States to go to war in Iraq, died on Monday,” the Times reported. “He was 84.”

“He died of complications from Covid-19, his family said in a statement,” the report noted. “He was fully vaccinated and was treated at Walter Reed National Military Medical Center, his family said.”

“Mr. Powell was a path breaker serving as the country’s first African American national security adviser, chairman of the Joint Chiefs of Staff and secretary of state,” the report noted.

Mr. Powell’s untimely death will serve as a reminder that vaccination does not prevent Covid-19 infection. The average age of death from Covid-19 is 78 years old and the virus has predominately been a scourge of the elderly and infirm. The survival rate for all Americans under the age of 50 is 99.987%; but the risk increases considerably incrementally above that marker.

Colin Powell will best be remembered for being a critic of the Iraq War (he famously is reported to have said to the Bush team, “you break it… you own it”) who served honorably nonetheless to bring war criminal Saddam Hussein to justice. He would go on after serving in the Bush administration as Chairman of the Joint Chiefs of Staff and National Security Adviser to become a controversial political figure.

In 2008, Powell would endorse Barack Obama for president over war veteran and personal friend Senator John McCain, and would then go on to criticize then-relatively unknown Illinois politician Obama.

“The president also has to … shift the way in which he has been doing things,” Powell said on NBC’s Meet the Press. “The American people feel that too many programs have come down. There are so many rocks in our knapsack now that we’re having trouble carrying it.”

“Some people don’t like what he has done in transformation,” Powell said. “And it’s caused him some difficulty. But the fact of the matter is, he did put together a health care reform. It’s not perfect. And I think it’ll have to be fixed over time. And a lot of people are not happy with that health care reform. But he did it.”

Nevertheless, Powell insisted that he considered himself a Republican, despite debate over his political preferences and public statements. In 2016, Powell voted against Donald Trump, and in 2020, he called him a “liar” in the course of backing Joe Biden for president.

“The one word I have to use with respect to what he’s been doing for the last several years is the word I would never have used before, never would have used with any of the four presidents I worked for: He lies,” Powell added. “He lies about things, and he gets away with it because people will not hold him accountable.”

Colin Powell’s death from Covid-19 complications despite being fully vaccinated will prove to be a matter of significant contention after his passing. The monumental public figure will thus remain a political gadfly by stirring up necessary discourse about a critical topic. Colin Powell will remain a public servant, even after after his death. 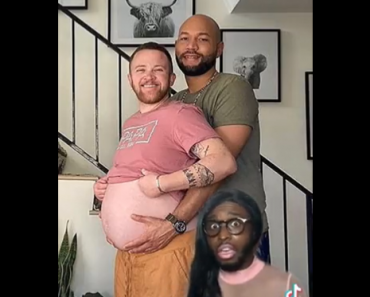