With the massive amount of government spending and increased headcounts in Washington D.C, tens of thousands of new jobs were created annually during the Obama years.

As a result, neighboring states like Maryland and Virginia saw huge booms in the counties right across the state lines.

A majority of the new DC federal jobs require a college degree, which means these workers were exposed to and many adopted Marxist world views in the process, and thus vote Democratic as a result.

The political left had expected Virginia to stay reliably in their “blue” column, but on Tuesday the reality of a silent majority still in place has sent them reeling backward, looking for someone to blame.

In addition to Virginia, the GOP won local and state elections across the nation. This “Red Wave” on Tuesday has caused Democratic infighting over President Joe Biden’s radical legislative agenda.

The VA victory resulted from high rural and Hispanic turnout numbers, parents frustrated over Critical Race Theory (CRT), and those who oppose defunding the police.

This diverse group rejected the progressive’s far-left policies leaving Democrats pointing fingers at each other over who is at fault for the loss.

The “moderates” claim the party’s rapid move to the left, embracing radical policies, are responsible for the drubbing, while the far-left claims the repudiation of their social justice agenda was President Biden’s fault. Why Joe Biden you might ask? They say the aging, mentally declining Chief Executive Officer should have convinced Congress to pass his radical reconciliation agenda through Congress before the elections.

“Fucking disaster down-ballot and way too close at the top. Not enough excitement at top of NJ ticket — Biden, Covid, etc. No accomplishments. Should have passed infrastructure a month ago,” he said.

In contrast, a far-left House aide also told Playbook the defeat on Tuesday should not be blamed on progressives. “It’s absurd to blame progressives for Virginia,” the person said, citing that the race was lost because the election was not about “federal issues.”

Both sides actually missed the point.

Except in states like NY, CA & IL, telling parents they don’t have a right to control what the schools teach their children is fighting words, especially for mothers whose children are their pride and joy.

If the Democrats keep this infighting up, the 2022 midterms might be a GOP landslide for the record books. 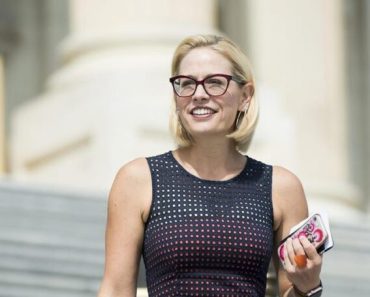