A federal judge has ordered the Biden administration to re-impose a Trump-era policy that required migrants seeking asylum in the United States to stay south of the border while their cases are adjudicated.

In response to a lawsuit filed by Missouri and Texas, U.S. District Judge Matthew Kacsmaryk on Friday ordered the administration to “enforce and implement” the so-called “Remain in Mexico” policy implemented by former President Donald Trump.

Kacsmaryk rule that when President Joe Biden signed an executive order reversing the policy, which is formally known as the Migrant Protection Protocol, he did so in violation of a federal procedure statute.

Biden suspended the policy in January on his first day in office, but then fully rescinded it June 1, which led Missouri and Texas to file suit, alleging that the administration violated provisions of the Administrative Procedures Act.

Kacsmaryk wrote in his ruling that the administration is required to leave the policy in place and follow it until it can be suspended lawfully.

“Defendants are ordered to enforce and implement MPP in good faith until such time as it has been lawfully rescinded in compliance with the [Administrative Procedures Act] and until such a time as the federal government has sufficient detention capacity to detain all aliens subject to mandatory detention,” Kacsmaryk noted.

Both states’ attorneys general filed suit against the administration April 13, alleging financial harm due to the rescission of the policy, which Trump first implemented in January 2019.

The policy ordered immigration agencies to send certain migrants who crossed illegally into the country back to Mexico to await their asylum claims or removal proceedings.

“Missouri claimed in particular that the end of the policy resulted in the need for more state resources to be committed to various programs, including its Human Trafficking Task Force,” the Washington Examiner reported.

The judge responded to the state’s claims, ruling that he did not believe the White Hosue was deliberative enough and did not consider what additional costs would be imposed on states who were sent migrants.

In ruling in favor of the states, Kacsmaryk said he found Biden’s termination of the policy arbitrary and capricious, which is a legal standard that is set forth in the law.

The Biden administration “failed to consider the main benefits of MPP,” which included having a deterrent effect on migrants, keeping some from attempting to cross illegally into the U.S. in the first place.

He also found that the policy allowed the Department of Homeland Security to avoid frequent and systemic violation of a provision of federal immigration law forbidding prolonged detentions and that it reduced financial and other burdens on states that had been caused by releasing tens of thousands of migrants into them.

The judge ordered the administration to continue enforcing the policy “until such a time as the federal government has sufficient detention capacity to detain all aliens subject to mandatory detention under Section 1255 without releasing any aliens because of a lack of detention resources.”

Kacsmaryk also cited the massive numbers of illegal aliens that have crossed into the U.S. since the policy was rescinded.

The Biden administration has seven days to appeal, according to the ruling. 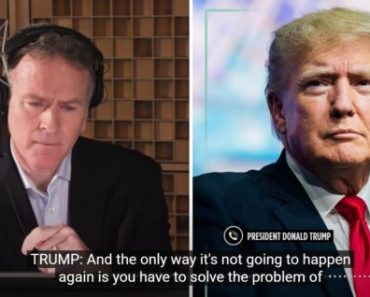 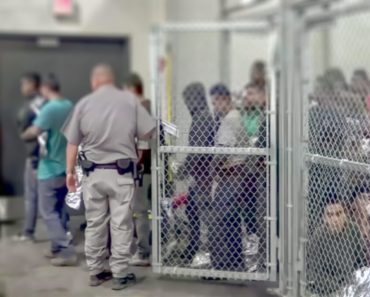