According to a new report, Jill Biden’s office is not all that it seems. The First Lady spends a lot of time trying to convince the American people that she is an innocent and lovely lady however a new report says otherwise.

Advisor to Jill Biden, Anthony Bernal, is known as the most powerful person in Jill Biden’s office according to a recent Vogue puff piece and is also seen as a tyrant.

“[T]he way he has wielded that power has made Bernal one of the most polarizing people in the White House, according to interviews with more than two dozen White House staffers, former campaign aides, and people who worked with him during the Obama administration,” Politico reported.

Bernal is in “pursuit of perfection” for Jill Biden which has led to abuse within the First Lady’s office which many compare to the movie “The Devil Wears Prada.”

“Many described him as ‘berating’ and ‘toxic’ because of his unfiltered criticism of others and tendency to trash talk his colleagues behind their backs,” the report alleged. “Some compare him to [Meryl Streep’s] character in ‘Devil Wears Prada’ while another equated him to the ever-conspiring Littlefinger in ‘Game of Thrones.’”

What type of First Lady would hire someone who is so abusive to their staff?

The bombshell report claimed that Bernal’s abuse have been “surreptitiously” recorded during meetings:

Stories of Bernal making staffers cry are an open secret in the Biden world with seemingly everyone knowing someone who has been on the receiving end. Two former campaign staffers said they heard Bernal call people “stupid” in meetings or over the phone. During the campaign and in the White House, some staffers felt the behavior was so noxious that they began surreptitiously recording him in meetings, according to two officials who others confided in about recording him. West Wing Playbook has not heard the recordings. The First Lady’s office did not address the recordings in their comment.

“He has a constituency of one and he’s very effective on her behalf,” a Biden official told Politico. “The problem is that no one who has worked with him trusts him, and that’s not good for him or her.”

This abuse towards staffers seems to be a trend in the Biden White House. Another report back in June revealed how abusive Vice President Kamala Harris’ office was. Check out what The Daily Wire reported at the time:

Vice President Kamala Harris reportedly runs an “abusive office” where morale is low, staff concerns and ideas are ignored, and aides are often surprised with hastily made decisions, like Harris’ recent visit to El Paso, Texas.

The morale of the vice president’s team is apparently sagging and the office has had to handle several high-level departures less than six months into the term. The vice president’s plans are often only known to her and a close group of staff and advisers, and senior members of the office often do not communicate important details down the chain, or shift blame when something goes wrong, according to 22 former staff members, administration officials, and associates of the vice president interviewed by Politico.

“People are thrown under the bus from the very top, there are short fuses and it’s an abusive environment,” said one person with direct knowledge of how the vice president’s office is run. “It’s not a healthy environment and people often feel mistreated. It’s not a place where people feel supported but a place where people feel treated like s***.” 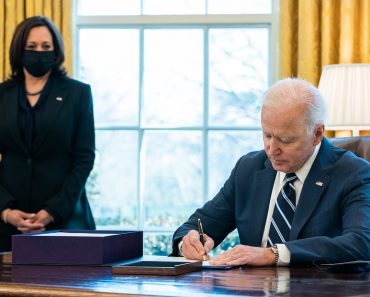