Home
Latest News
Desperate Afghans Hang On to the Side Of US Cargo Plane, Plunge to Death After Takeoff
Prev Article Next Article
Share the Story :

Shocking and upsetting footage out of Kabul airport in Afghanistan shows a man falling to his death as he tried fleeing the country of Afghanistan by hanging on the side of a US cargo plane.

The jaw dropping footage comes after President Joe Biden refused to listen to his military generals and conducted a full and abrupt withdraw of US troops from Afghanistan. The announcement left the Afghan military defenseless as the Taliban quickly gained control of the country.

The airport is in chaos.

Exclusive- A clear video (from other angle) of men falling from C-17. They were Clinging to some parts of the plane that took off from Kabul airport today. #Talibans #Afghanistan #Afghanishtan pic.twitter.com/CMNW5ngqrK

BREAKING Two people fell from the landing gear of a USAF C-17 taking off from Kabul this morning according to Aśvaka – آسواکا News Agency https://t.co/R5ZEEh4TWo pic.twitter.com/IdFbupvG8P

Event that unfolded before takeoff:

NOW – Desperate Afghan civilians clung to the landing gear of a US transport plane as it took off from #Kabul airport, at least 3 plunged to their deaths.pic.twitter.com/N5DbWGGjwI

This AFP photo from Kabul Airport is being circulated on social media but without context:

Context: Those US soldiers are trying to protect those women and families in the background from unruly single Afghan men at the airport. #Afghanistan pic.twitter.com/5KmH5ByKj4

Harrowing footage shows dozens of Afghans clambering to enter the cabin of a plane at the Kabul airport during a chaotic rush to flee the country. Live updates: https://t.co/bDE47puNc5 pic.twitter.com/PIOZPEqGVI

NOW – Thousands of people trying to flee the Taliban arrive outside #Kabul airport. Gunshots can be heard.pic.twitter.com/Gt4vVZBIkz

The situation at the Kabul airport took a turn for the worse after U.S. troops shot and killed two armed men at Kabul’s Karzai International Airport as the evacuation took a screeching halt.

The Daily Wire reports on the crumbling situation in Afghanistan:

The Taliban took control of Bagram Air Base on Sunday, a former American airbase that the U.S turned over to the Afghanistan government last month.

The Taliban have reportedly released thousands of prisoners that were held at Bagram, including members of al Qaeda, the terror group that carried out the 9-11 attacks and prompted the U.S. invasion of Afghanistan in 2001. Bagram was under control of the U.S. military for roughly two decades before leaving it in control of the Afghan military in July as the U.S. pulled out of Afghanistan.

“The Taliban claims it overran Bagram Air Base and freed prisoners. Many high-value detainees were located there, including members of Al Qaeda. This will reverberate for years to come,” said Bill Roggio, Long War Journal editor, and terror analyst.

Along with its embassy personnel and diplomatic officials, the United States is also working to extract American citizens in Afghanistan and thousands of refugee visa holders. The Department of Defense is preparing to house up to 30,000 Afghan refugees at military bases in the U.S.

Cotton’s office opened its phone lines to citizens in Kabul who need help, according to a tweet the Senator sent out earlier Sunday, asking anyone in need to make contact. Haberman tweeted Sunday night that Cotton’s office received calls from “multiple U.S. citizens” requiring help. 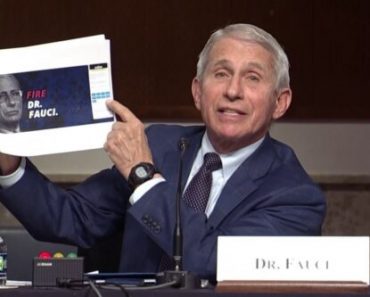