Home
Latest News
Democratic Governors Association Makes Huge Announcement Regarding DeSantis In 2022: Organization Says GOP Leader is ‘On The Verge Of Being Unstoppable’ and Will Give Up Trying to Beat Him
Prev Article Next Article
Share the Story :

The Democratic Governor’s Association announced on Friday the organization’s plan to recapture the state of Florida next year amid rising angst about GOP Gov. Ron DeSantis.

The plan is simply this: Surrender.

“The Democratic Governors Association has no plans to give significant financial help to Florida Democrats as they seek to unseat Gov. Ron DeSantis in 2022, a major setback that will make it harder for challengers to take on the popular Republican,” Politico reported.

“The DGA, which spent more than $15 million in Florida over the past two gubernatorial election cycles, is starting to deprioritize the state and is expected to have a much smaller footprint during the midterms, said two Florida Democratic consultants who have been in contact with the DGA,” the outlet continued.

“The perception that DeSantis is unbeatable has left national Democratic groups like the DGA to weigh whether they should spend resources in Florida, a hugely expensive state with 10 media markets, or use that cash to help incumbents in cheaper states,” Politico added.

After point out that the two recent close races for governor of Florida, the 2014 election where the GOP’s Rick Scott defeated Democrat Charlie Crist by one point and DeSantis’ narrow victory in 2018, Politico added, “Though those races were close, there has long been a sinking feeling among Florida Democrats that DeSantis is on the verge of being unstoppable.”

“By abandoning Florida now, the DGA and Democratic Party establishment is all but conceding the race to DeSantis. And in doing that, they’re making DeSantis all the more formidable in a potential presidential general election. This is a very, very big concession by the DGA and Democrats, especially if DeSantis wins the GOP nomination in 2024 — which this makes a little bit more likely, too,” remarked Ed Morrissey of Hot Air.

“Gov. Ron DeSantis appears unstoppable. A year before the Florida gubernatorial election, the Republican governor has nearly $60 million in the bank. The GOP is on the cusp of becoming the state’s majority party after erasing Democrats’ enormous voter registration advantage,” Politico noted in a late October report.

“The Democratic field is splintering and support for President Joe Biden has collapsed in the state.”

I think people are rebelling against what the Democratic Party stands for nowadays, the never ending mandates and restrictions because a COVID, using our school system for leftist indoctrination, rather than high quality education, and then the Biden regime failures from Afghanistan to the southern border, gas prices, inflation, supply chain … And I do think … this wave is building, I think it was strong last night, but I think it’s going to keep building all the way into 2022.

And if you go back to the 2010 wave that Republicans had, I think there’s more dissatisfaction with what’s going on in D.C. today than there was at this time in that election cycle. And that is good news for Republicans. And that is bad news for Joe Biden and his regime.

“This guy is running like he’s 10 points behind. He’s not going to let off the gas,” Nick Iarossi, a Republican lobbyist and DeSantis adviser, observed late last month. 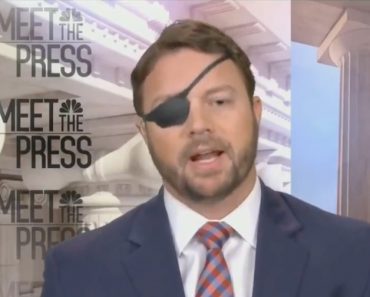