Home
Latest News
Crenshaw Rails at Biden Vaccine Mandate: ‘Are You People Trying to Start A Full On Revolt?’
Prev Article Next Article
Share the Story :

Rep. Dan Crenshaw tore into Joe Biden and his administration following the president’s Thursday address in which he announced he was implementing a mandate for most companies to require their employees to get a COVID-19 vaccine or face thousands of dollars in fines per employee.

The Texas Republican’s comments came after Biden made his announcement Thursday afternoon in an address from the White House in which he appeared to blame new rises in COVID cases on unvaccinated Americans.

“Many of us are frustrated with the nearly 80 million Americans who are still not vaccinated, even though the vaccine is safe, effective, and free,” Biden said.

“This is a pandemic of the unvaccinated,” Biden went on to claim.

“And it’s caused by the fact that despite America having an unprecedented and successful vaccination program, despite the fact that for almost five months free vaccines have been available in 80,000 different locations, we still have nearly 80 million Americans who have failed to get the shot,” he said.

“My job as president is to protect all Americans. So tonight, I’m announcing that the Department of Labor is developing an emergency rule to require all employers with 100 or more employees that together employ over 80 million workers to ensure their workforces are fully vaccinated or show a negative test at least once a week,” Biden added.

The president’s mandate did not sit well with Crenshaw, a former U.S. Navy SEAL officer and combat veteran.

“Are you people trying to start a full on revolt? Honestly what the hell is wrong with Democrats? Leave people the hell alone. This is insanity,” Crenshaw noted on Twitter.

“Mandates are cheap governance. The right path is built upon explaining, educating, and *building* trust, including explaining the risks/benefits/pros/cons in an honest way so a person can make their own decision. The Biden Administration has completely failed in that regard,” he continued.

“Our founders designed a system that treated citizens as more than just children. Our grand experiment is designed for a free people,” he added.

“Yes, that entails risk. Yes, I’ll take risk and freedom over a paternalistic government any day,” he wrote.

“And it should be noted, a huge portion of the unvaccinated are younger minorities. So this impacts a broad range of people, not just ‘anti-vaxxer Trump supporters,’ as Dems believe,” the Texas Republican said.

“Democrats are declaring war on everyone, not just conservatives.”

It’s not clear if Biden’s order will withstand legal scrutiny, but it’s likely to be tested, as several Republican governors have expressed opposition and have vowed to fight it.

“Biden’s vaccine mandate is an assault on private businesses. I issued an Executive Order protecting Texans’ right to choose whether they get the COVID vaccine & added it to the special session agenda. Texas is already working to halt this power grab,” Texas Gov. Greg Abbott said on Twitter.

“How could we get to the point in this country where you would not let them earn a living because of their choice on the vaccine?” Florida Gov. Ron DeSantis added. “I just think that’s fundamentally wrong. I do not believe that people should lose their jobs over this issue, and we will fight that.”

“I will pursue every legal option available to the state of Georgia to stop this blatantly unlawful overreach by the Biden administration,” Georgia Gov. Brian Kemp said. 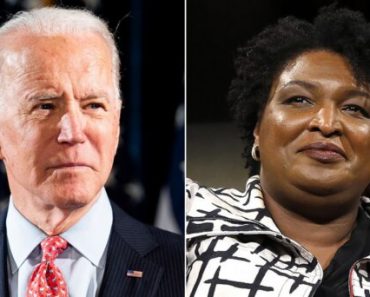