Home
Latest News
Combat Vet Sen. Joni Ernst Rakes Biden on Afghanistan: ‘This Did Not Have to Happen’
Prev Article Next Article
Share the Story :

Iowa GOP Sen. Joni Ernst, the chamber’s first female combat veteran, dragged President Joe Biden as Afghanistan collapsed under assault from Taliban fighters, saying that the end result “did not have to happen.”

In a Friday evening interview on Fox News, Ernst rapped Biden over his “rapid and haphazard withdraw of American troops” before he moved to secure the embassy and followed other protocols, describing those actions as “shameful.”

“This is a very grim reality, not just for the United States but for so many of our partners around the world to see Afghanistan fall like this. It is all on President Biden’s shoulders,” she said.

“This rapid and haphazard withdrawal of American troops — before we knew that our embassy would be safe, before we had our Afghan interpreters and other friends out of Afghanistan, to allow it to fall like this without any sort of plan or recourse, it is shameful,” Ernst continued.

“Again, it is all on President Biden,” she added.

The Iowa Republican also said that allowing the Taliban to retake the country “could make it possible for Islamic extremist groups to again have a safe haven to ‘reconstitute’ themselves,” Fox News reported.

“This did not have to happen,” she continued.

Reports to end the week noted the increasingly dire situation in Afghanistan as the Biden administration rushed to move Army troops and Marines back into the country to secure the American embassy and help evacuate diplomatic personnel.

The Taliban, who ruled the country from 1996 until U.S. forces invaded after the 9/11 attacks, captured three more provincial capitals Wednesday and two on Thursday, the 10th and 11th the insurgents have taken in a weeklong sweep that has given them effective control of about two-thirds of the country,” the newswire added.

By Sunday, Taliban fighters had entered the capital of Kabul, vowing at first not to take it by force; in July, Biden said confidently that the Taliban retaking the country was not a foregone conclusion because the Afghan National Army and security forces numbered around 300,000 compared to about 70,000 opponents. But Afghan forces simply melted away ahead of Taliban advances.

“Joe Biden gets it wrong every time on foreign policy, and many other issues. Everyone knew he couldn’t handle the pressure,” he said in a statement over the weekend.

“Even Obama’s Secretary of Defense, Robert Gates, said as much,” Trump added.

“He ran out of Afghanistan instead of following the plan our Administration left for him — a plan that protected our people and our property, and ensured the Taliban would never dream of taking our Embassy or providing a base for new attacks against America. The withdrawal would be guided by facts on the ground,” said the former president.

“After I took out ISIS, I established a credible deterrent. That deterrent is now gone,” he continued.

“The Taliban no longer has fear or respect for America, or America’s power. What a disgrace it will be when the Taliban raises their flag over America’s Embassy in Kabul. This is complete failure through weakness, incompetence, and total strategic incoherence,” he concluded. 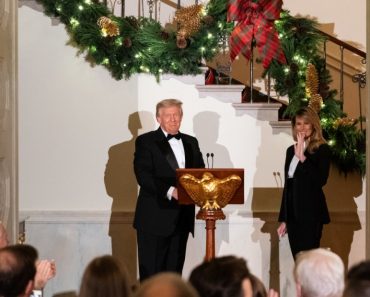