Former New Jersey Gov. Chris Christie says he’s considering another presidential bid in 2024 and added on Sunday that he has devised a winning strategy.

Specifically, Christie told “Fox News Sunday” the party has to stop looking in the rearview mirror — a jab at former President Donald Trump’s so-far-unproven election fraud claims, most likely — and instead look forward.

“We have to win first in 2022 before we ever consider 2024,” Christie said, adding that “more importantly” Republicans need to provide Americans with a “positive outlook for what we want to do compared to the disaster that is the Biden administration.”

Christie also argued that “laying out a contrast to Joe Biden and Kamala Harris” and “laying out what’s wrong with what they’re doing and what’s right with our prescription” will lead to the GOP winning back the House and Senate in 2022 and many governorships. He went on to say that it will also place the party in “a great position for 2024.”

He went on to say that he may toss his hat into the ring for the 2024 GOP nomination again, but he won’t make a decision until after the 2022 midterms, which is the same thing Trump has essentially said.

Speaking with Fox News earlier this month, Christie urged his party to stop looking back to former President Donald Trump’s 2020 election defeat and instead “move on and talk about issues that voters care about.”

Christie has been active so far this cycle in helping fellow Republicans seeking office or running for reelection. He serves as a co-national chair – along with former Secretary of State Mike Pompeo – of the National Republican Redistricting Trust, the GOP’s primary organization to coordinate the party’s redistricting strategy and build resources for its legal defense.

He is also co-chair of the Republican Governors Association Victory Committee, “raising money for Republican governors and Republican gubernatorial candidates and traveling around the country to do that.”

“If we don’t win, the Democrats continue to govern and they are going to continue to lurch our country left and give government giveaways that we’ll probably never be able to take away in the future and will change this country forever,” Christie said Sunday.

He went on to blast President Joe Biden’s performance in office thus far.

“I mean this is like we elected Bernie Sanders or Elizabeth Warren with the policies of this administration,” he continued.

Five years ago, the then-New Jersey governor’s presidential run crashed and burned after a disappointing and distant sixth-place finish in New Hampshire’s presidential primary, where Christie had placed all his chips. Christie quickly backed Trump, who crushed the rest of the field in New Hampshire, launching him toward the Republican presidential nomination and eventually the White House.

Christie is also one of the few potential GOP presidential contenders for 2024 to talk about running publicly ahead of Trump making a decision.

He said he can see Trump sitting out 2024 because he wants to do other things but he could also see him jump back in again. If he does, Christie offered the former president some advice.

“Voters always want the next election to be about the future, not about the past and there’s plenty to talk about right now with the awful failures of Joe Biden in crime, in education, in taxes and spending, Afghanistan, other foreign policy issues like China and we should be talking about those things and laying out our prescriptions,” he said. 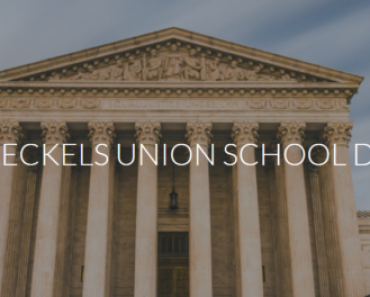 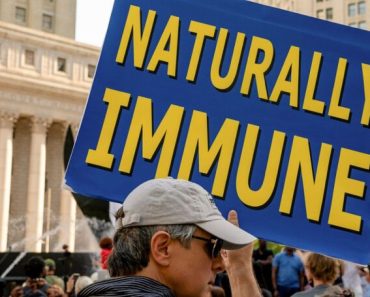