Stacey Abrams, the infamous Georgia Democrat that ran for the governorship against current GA Governor Kemp, is back. Despite never accepting the result of the 2018 election, which Kemp won handily, Abrams thinks she can win in 2022 and is gearing up for a new campaign.

While some on the Democrat side might be excited about that prospect, many on the Republican side see Abrams as an incompetent political hack only where she is because of corruption and connections, and adding that if Abrams is elected she’ll turn Georgia into a leftist-run hellhole like New York or LA.

One such Republican is Candace Owens, political commentator and Daily Wire podcast host, who appeared on the Ingram Angle and had this to say about Abrams (transcript provided by Fox News):

“Yes, she does feel entitled, I think that she’s one of those people that you can say is true to her soul, a Black Lives Matter activist, and I don’t mean that in a good way. I’m talking about, you know, illogically always throwing race into the narrative, thinks that she’s she should be the first that people should listen to everything she says simply because she’s a Black woman and she really does have bad policies. And let’s also, let’s not forget, she’s also impossibly corrupt. You know, Stacey Abrams, it was her sister that was a federal judge who dismissed when they wanted to clean up their voter rolls in Georgia. She wants to make sure people can get on the voter rolls that are not eligible to vote to make sure that she can win elections.

So she is somebody that you should watch out for. I can’t imagine why any person, any sane individual, would want her leading their state unless you are a glutton for crime, a glutton for punishment. You’re a fan of maybe the ‘Batman’ movies and you want to see what it looks like to live in Gotham City. But there’s really no reason that any sane person would want to turn Georgia into a New York or an L.A. situation. But like I said, people should pay attention because she is very corrupt and she is very connected. And she has shown in the past that she will do nothing to stop winning, to stop herself from winning.”

You can watch Candace’s appearance on the Ingram Angle here:

While evidence from other Democrat-run states proves Candace’s predictions to be likely accurate, Georgians might not have to experience such a calamity because, as the Washington Times reported in an article on Abrams, the tide is turning strongly against Democrats, as shown by the GOP’s major win in the Old Dominion:

the political tide appears to be running against Biden and other Democrats, with low approval ratings in polls and losses in Virginia elections.

“The environment for Democrats is wretched,” said Brian Robinson, who advises Republican candidates in Georgia. “These are terribly dynamics for Stacey Abrams, and she wants to be president and not governor. If she loses twice, she’s toast. She’s taking a gamble – a big gamble.”

In other words, Abrams might be corrupt and connected, as Candace claimed. But even those factors might not be enough to overcome Brandon’s unpopularity and the unpopularity of all those associated with him and his policies. 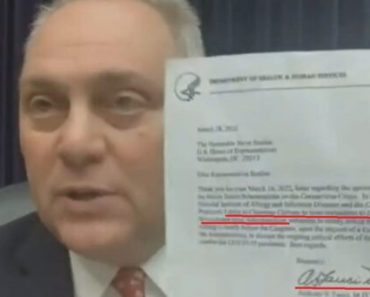 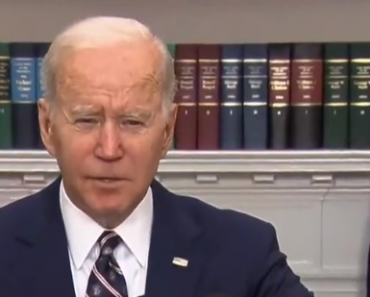