Home
Latest News
BUSTED: CDC Unable to Document a Single Case of Covid Transmitted from a Previously Infected Person to Another
Prev Article Next Article
Share the Story : 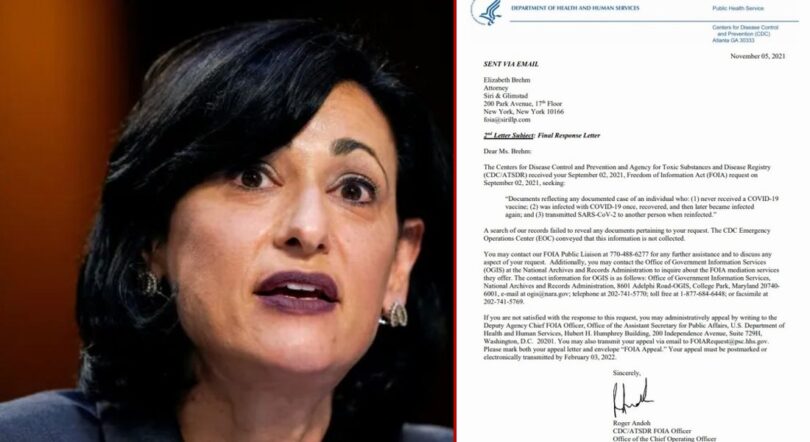 The Centers for Disease Control and Prevention has been caught on numerous occasions engaging in statistical manipulation in order to drive up a perpetual state of fear among Americans – all with the aim of coaxing people to get the Covid-19 ‘vaccine.’

But one thing the CDC appears entirely unwilling to do is to document the ways that natural immunity has made the vaccines redundant at best, and harmful at worst, for those who were previously infected.

A smoking gun has emerged showing the CDC either didn’t research this matter or has otherwise buried the research. The nation’s premiere public health agency was caught flat-footed when asked to show documentation of the spread of Covid-19 among the previously infected. 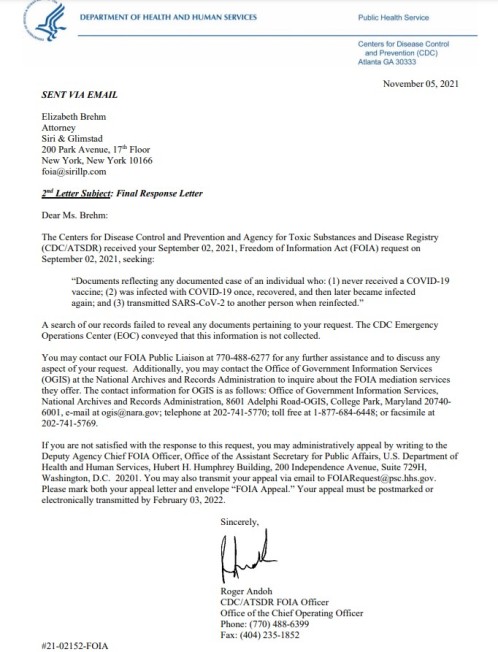 In its letter to the CDC via the Department of Health and Human Services, attorney Elizabeth Brehm sent a ‘final notice’ asking for such information. This was the bewildering response that Brehm received:

“Documents reflecting any documented case of an individual who: (1) never received a COVID-19 vaccine; (2) was infected with COVID-19 once, recovered, and then later became infected again; and (3) transmitted SARS-CoV-2 to another person when reinfected.”

A search of our records failed to reveal any documents pertaining to your request. The CDC Emergency Operations Center (EOC) conveyed that this information is not collected.

You may contact our FOIA Public Liaison at 770-488-6277 for any further assistance and to discuss any aspect of your request. Additionally, you may contact the Office of Government Information Services (OGIS) at the National Archives and Records Administration to inquire about the FOIA mediation services they offer.

Astrounding. If the CDC wanted a slam-dunk case to show that the vaccinated have a lower transmission rate than the previously infected, one would think that the CDC would be touting such evidence. However, as this letter demonstrates, it is apparently disinterested in the issue, or otherwise is keeping the data from seeing the light of day.

Bloomberg News in October pointed to a study published by the medical journal “The Lancet” that further establishes that vaccinated individuals spread the Delta variant nearly as much as unvaccinated people do.

“People inoculated against Covid-19 are just as likely to spread the delta variant of the virus to contacts in their household as those who haven’t had shots, according to new research,” Bloomberg reported.

“In a yearlong study of 621 people in the U.K. with mild Covid-19, scientists found that their peak viral load was similar regardless of vaccination status, according to a paper published Thursday in The Lancet Infectious Diseases medical journal,” the report continued. “The analysis also found that 25% of vaccinated household contacts still contracted the disease from an index case, while 38% of those who hadn’t had shots became infected.”

This was among all unvaccinated; there apparently has not been such medical research published about the ‘previously infected.’ Judging by the CDC’s relentless campaign to push universal vaccination, it is highly suggestive why they might not be interested in revealing such information.

As Becker News earlier reported, the CDC has quietly acknowledged that there are at least a 146.6 million Americans who are ‘previously infected.’ This may even be a low estimate.

Even though 146.6 million is a vast number of Americans comprising at least 44 percent of the U.S. population, based on the CDC’s calculations, it should be even higher. Because the CDC estimates there are at least four Covid infections for every case reported, since we have 46.9 million reported cases, then there would be 187.6 million Americans who were ‘previously infected.’

However, if there are breakthrough cases and repeat cases per individual, this would lead to some uncertainty. A safe estimate is that there were 160 million people who have had Covid-19 through prior infections. This would result in a huge number of Americans who have survived Covid with “natural immunity.”

The research on “natural immunity” has been robust and consistent: It provides superior protection than the ‘vaccines.’ Reuters reported a study that stated bluntly “secondary immune response [is] stronger after infection than vaccination.” An Israeli study conducted earlier came to similar conclusions.

“This study demonstrated that natural immunity confers longer lasting and stronger protection against infection, symptomatic disease and hospitalization caused by the Delta variant of SARS-CoV-2, compared to the BNT162b2 two-dose vaccine-induced immunity,” an Israeli study said.

A Johns Hopkins professor is also undertaking a study to compel the CDC and the FDA to recognize natural immunity exists and is a potent defense against Covid. It shouldn’t have to be necessary with a government agency that is supposed to be about “health” and not furthering a political agenda. 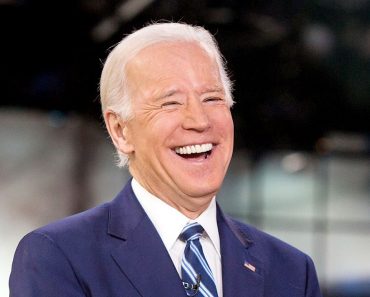