Home
Latest News
Brandon Shouts at Crowd, Says He Wants Gas to be Even More Expensive
Prev Article Next Article
Share the Story :

There’s much that’s wrong with President Brandon. Whether it’s his “live worse” policies or incompetence in every issue area, from foreign policy to domestic issues, President Biden isn’t doing well and Americans are doing worse because of it.

In few areas of life is that more obvious than with his energy policies, which have raised the price of gas precipitously and are terrible for those that both produce and use energy.

Unfortunately, it doesn’t look like Brandon and his few brain cells are backing down from an anti-fossil fuels stance. Rather, it looks like he’s all in on pushing the price of gas ever higher. Just watch him in this video:

In it, you can hear him say that Americans are simply paying their “fair share” at the pump for gas now, as Rep. Bishop pointed out on Twitter:

Apparently, to Biden, paying an insane amount for a gallon of gas is just paying a “fair share.”

And what does he mean by “fair share?” That we’re paying more. As the House GOP pointed out on its website, “Americans are paying 55% more nationally for a gallon of gas, the most since the Obama -Biden administration, and have been warned that their home heating bills could jump as much as 54% compared to last winter.”

Under Biden, the price of gas has skyrocketed to $3.34 a gallon nationally, with that figure being far higher in states like California with high gas prices.

Yet worse, the cost of gas and heating one’s home is likely to only go up from here. Again according to the House GOP:

And that’s in addition to his Keystone XL pipeline cancellation and increases in cost for oil companies that want new leases. So not only are prices high, but with Brandon’s actions they’re just gonna get higher. And to him, all that means is that you’re paying your “fair share.” To who and why you’re paying it is left unsaid. 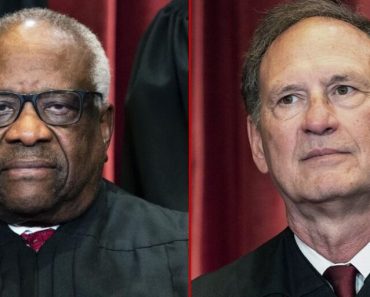