President Joe Biden is quickly proving that he is not only a threat to the safety of Americans, but he is also a threat to people throughout the world.

According to a bombshell report, Biden refused to listen to the advice of his top military officials and decided to move ahead with the disastrous US pullout in Afghanistan.

Biden allegedly overruled his generals who advised that he should keep 2,500 servicemen on the ground in Afghanistan to help with negotiations between Afghanistan and the Taliban. Instead, Biden decided to conduct a complete withdraw which led to a quick Taliban takeover who now control many US assets including weaponry, helicopters and other vehicles.

In contrast to the numerous Trump policies he reversed, he opted to carry out Mr. Trump’s deal with the Taliban instead of trying to renegotiate it. In so doing, he overruled his top military commanders: Gen. Frank McKenzie, the commander of U.S. forces in the Middle East; Gen. Austin Scott Miller, who led NATO forces in Afghanistan; and Gen. Mark Milley, chairman of the Joint Chiefs of Staff. Citing the risks of removing American forces to Afghan security and the U.S. Embassy, they recommended that the U.S. keep 2,500 troops in Afghanistan while stepping up diplomacy to try to cement a peace agreement.

On Monday, the ongoing disaster in Afghanistan took a turn for the worse after U.S. troops shot and killed two armed men at Kabul’s Karzai International Airport as the evacuation took a screeching halt.

The Daily Wire reports on the crumbling situation in Afghanistan:

The Taliban took control of Bagram Air Base on Sunday, a former American airbase that the U.S turned over to the Afghanistan government last month.

The Taliban have reportedly released thousands of prisoners that were held at Bagram, including members of al Qaeda, the terror group that carried out the 9-11 attacks and prompted the U.S. invasion of Afghanistan in 2001. Bagram was under control of the U.S. military for roughly two decades before leaving it in control of the Afghan military in July as the U.S. pulled out of Afghanistan.

“The Taliban claims it overran Bagram Air Base and freed prisoners. Many high-value detainees were located there, including members of Al Qaeda. This will reverberate for years to come,” said Bill Roggio, Long War Journal editor, and terror analyst.

Along with its embassy personnel and diplomatic officials, the United States is also working to extract American citizens in Afghanistan and thousands of refugee visa holders. The Department of Defense is preparing to house up to 30,000 Afghan refugees at military bases in the U.S.

Cotton’s office opened its phone lines to citizens in Kabul who need help, according to a tweet the Senator sent out earlier Sunday, asking anyone in need to make contact. Haberman tweeted Sunday night that Cotton’s office received calls from “multiple U.S. citizens” requiring help. 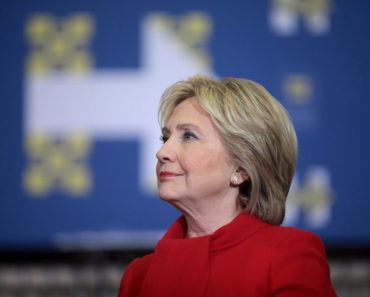